Multiplatinum musician, Yung Bleu, ready to deliver his debut album, posting the tracklist to his Instagram earlier this week. With a versatile set of features (John Legend, H.E.R, Kodak Black, Drake, Davido, etc.) The Alabama star tweeted that he has “spent 0 dollars on features for [his] album”.

I spent 0 dollars on features for my album 👍

The first single, ‘Baddest’ featuring Chris Brown and 2 Chainz, is already a smash, on its way to becoming another platinum record for the Alabama superstar. ‘Baddest’ on YouTube racked in over two million views in 24 hours and is currently at six million views. Bleu then followed up with a second single, ‘Way More Close’ featuring Big Sean. With Vandross sings another anthem to the ladies, Big Sean delivers beautifully on his verse, painting vivid with his words. The stage is being set beautifully for the album ‘Moon Boy’ to be a shooting star.

Mr Bleu Vandross has a deep catalogue of creating amazing soundtracks solo. Collecting over one billion streams across all platforms. But Yung Bleu seems to be in another bag collaborating with some of the biggest stars. The already platinum record ‘You’re Mines Still’ featuring Drake is just an example. The rise of Yung Bleu’s career has been evident, while the trend looks to continue.

The announcement of the album, also came with the news of a North American, 38-date cross-country tour starting August 24 in Minneaopolis. With such a massive month filled with great bulletin press, you can assume the stars are bright for the Southern Moon Boy. 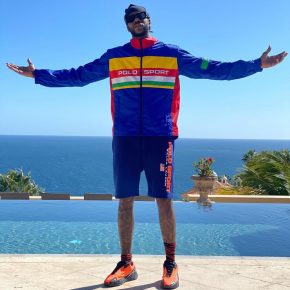