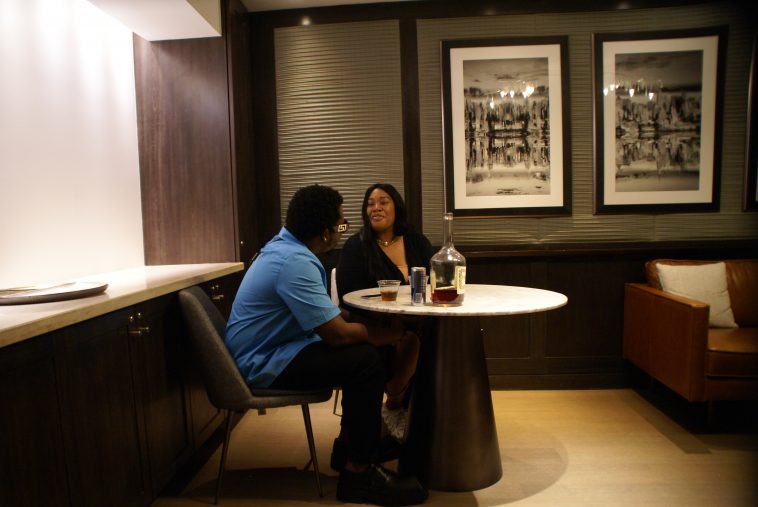 Richardine Bartee is a New York City-based designer, writer and publicist. She grew up in the digital frontier where false promises of exposure and unpaid internships lead you to the land of nowhere. Emerging from MySpace to blogging to creatively directing the budding landscape is how she became the content alchemist. This multi-layered vision for artists is what led her to create GRUNGECAKE, a magazine for indie artists. Having a platform like GRUNGECAKE allows Richardine to be in touch with the emerging sound and with journalists, designers, and filmmakers. This tight-knit group keeps her tied to her roots. With 3 million views a month, GC continues to bring obscure artists into the mainstream. The platform also works with your favourite labels to break major acts to audiophiles alike.

Rich’s innate tenacity has forged relationships with brands like New Balance, Google, and The Big Three major record labels: Sony BMG, Universal Music Group, and Warner Music Group. As a publicist, her synergetic work ethic moves mountains. She commits so much of herself to projects that it forces musicians to believe in themselves. An agent for transformation, Richardine, meets artists where they’re at and gently pulls them to their potential. She has a penchant for finding the story and hero, in each soul, she touches. This type of nurturing and mentoring cannot be swayed or bought; it must be felt.

Known to leverage her access for others, most recently, Richardine utilized her relationship with the Recording Academy to secure content by Laycon, Oxlade, and others for Grammy.com. The stage has since evolved from the Lower Eastside to Lagos. This mission to bridge the gap between the Americas, Africa, and other continents has been covered by The Guardian and Vanguard. Her cultural activism has led her to spearhead campaigns for Davido’s ‘A Good Time’ tour and just recently becoming Head of Publicity for Ghanaian superstar D-Black in the US. Raw and unshaken, Richardine continues to blaze a path for others to follow. We mere mortals are just catching up with her vision.

In February 2022, Richardine Bartee was awarded BEFFTA’s Woman of the Year Award to recognise her endless efforts to help musicians across the globe evolve.