Young Nudy is not playing around this year. After dropping the album ‘DR EV4L’ on May 18, Nudy follows up—two months later—with twenty-track album ‘Rich Shooter’. Young Nudy has never been a feature-heavy artist, and that continues here. He rides most of this album, solo dolo. If not a solo track, the East Atlanta rapper has appearances from Slaughter Gang or fellow Atlanta rappers, keeping everything in-house.

The production is A1, as Young Nudy works with some of the best producers on ‘Rich Shooter’. Famous producer Pierre Bourne’s Sci-Fi type beats, make for smash records with Young Nudy on it. Stand-out tracks like ‘Old School’ and ‘Green Beam’ are just examples of the duo working their magic.

The masses anticipated the ‘Rich Shooter’ album after ‘DR EV4L’ left people wanting more from Young Nudy. After hearing the album, how do you feel about Nudy’s second effort this year? If you haven’t heard it yet, check it out on all platforms. Young Nudy begins his ‘DR EV4L’ vs ‘Rich Shooter’ tour along with the album. Tour dates are below. 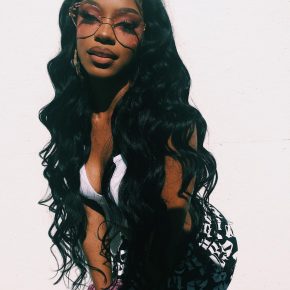