New Zealand singer Lorde has released the official music video for ‘Solar Power’ after a four-year break from the music scene. The last time we heard from Lorde was in 2017 when she dropped her GRAMMY-nominated album, ‘Melodrama’.

‘Solar Power’ was surprisingly released on Thursday, June 10. The song was co-written and co-produced by Jack Antonoff. The song is the lead single from her forthcoming third studio album titled ‘Solar Power’. The video was co-directed by Joel Kefali and Lorde. In an interview with Triple J, Lorde confirmed that she has more music videos from the album in store. She said that many of them were filmed on the same secret beach as the clip for ‘Solar Power’. Phoebe Bridgers and Clairo deliver the backup vocals on the track.

In her email, Lorde described the forthcoming album as:

A celebration of the natural world, an attempt at immortalising the deep, transcendent feelings I have when I’m outdoors. In times of heartache, grief, deep love, or confusion, I look to the natural world for answers. I’ve learnt to breathe out, and tune in. This is what came through.

Watch and listen to ‘Solar Power’. 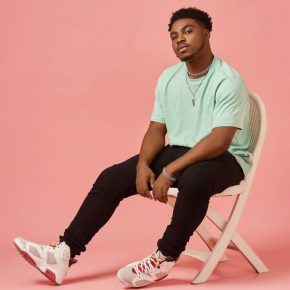