Hot on the heels of her highly-infectious debut “Fever Boy”, and her North American tour announcement — supporting Charli XCX alongside Elliphant) — FEMME returns with a new alt.pop gem titled “High“, the new single from the British artist, due out in North America this October.

Described as “a one-woman powerhouse” by Radio One DJ Annie Mac, FEMME is a one-stop shop of creativity – writing, recording, mixing, producing and performing all of her tracks herself, plus directing, producing and editing all of her own music videos. Taking inspiration from icons like M.I.A., Cindy Sherman and Debbie Harry, it’s FEMME’s combination of attitude, style and, above all, incredible tunes that makes her the perfect Art-pop package that she is. Nowhere is this more in evidence than on “High”.

The catchy new track finds the fiesty avant-pop enthusiast at her best. Playful one minute, soulful the next, it mixes catchy keys into her trademark mix of beats and bass, with irresistible results. It follows the success of “Fever Boy”, which was released last November to considerable acclaim, getting playlisted on BBC 6Music and being selected as iTunes’ Track of the Week in Mexico and Brazil.

For much of 2014, FEMME has been trotting the globe, performing live everywhere from Barcelona to Coachella. Now with a major North American tour on the horizon supporting Charli XCX, FEMME is soon to be on everyone’s radar going into 2015. Already creating waves this Summer, the pint-sized Pop star recently received the International Emerging Talent Award at the MUSEXPO Awards in Los Angeles, and also picked up the Rising Star Award at the London Music Awards in June.

Her debut album is scheduled for release in Spring 2015, be sure to catch her live on the road in North America this Fall. See the dates below: 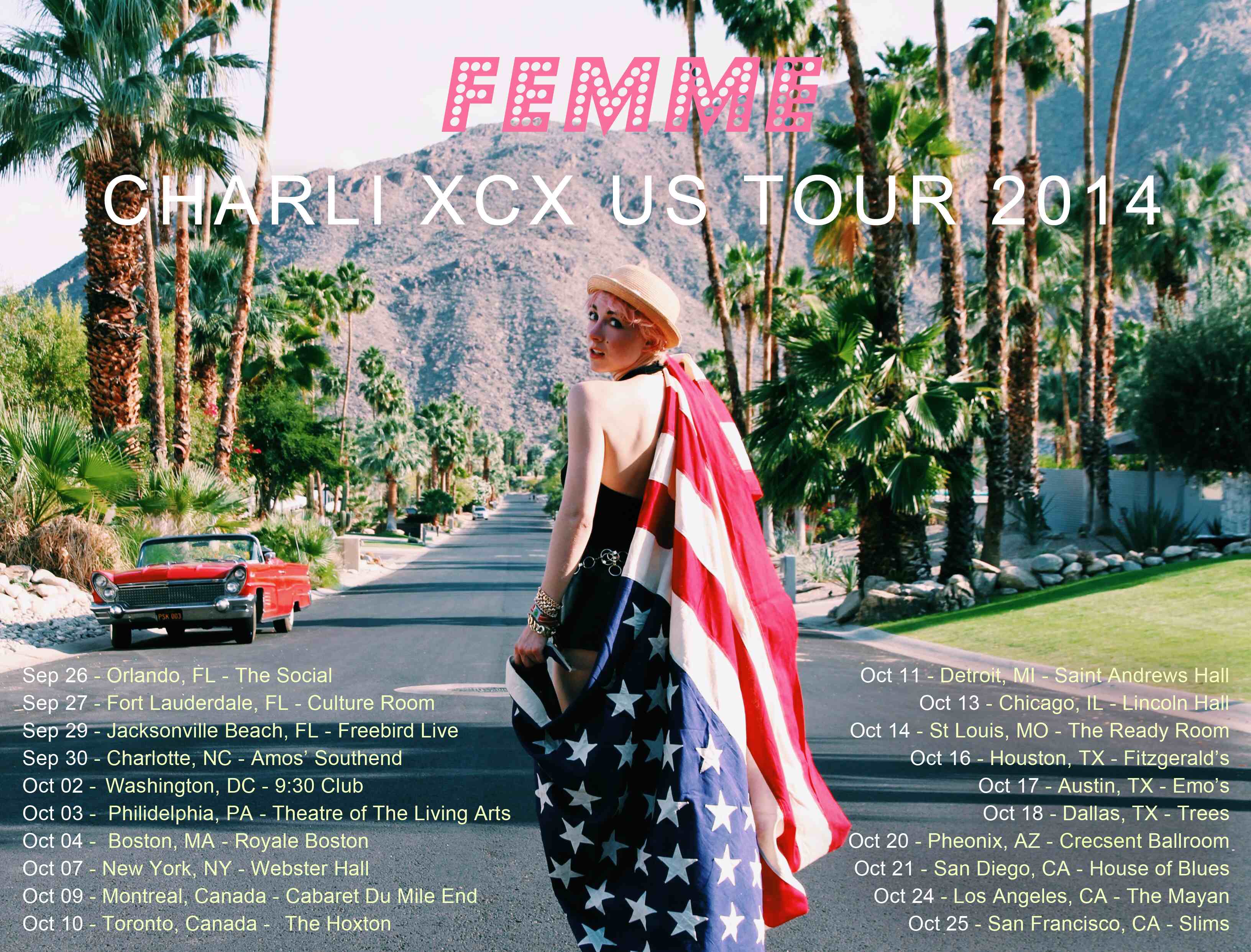