Afrobeats superstar Davido is celebrating his tenth anniversary as a professional recording and performing artist. The singer burst onto the scene on May 7, 2011 with his smash hit single ‘Back When’ featuring Naeto C and since then, he has gone on to drop back-to-back hits, released three albums, ‘One’ EP, two certifications, sold out the 02 in London, and produced other superstars in the music industry through his record label, Davido Worldwide Music.

Davido was born on November 21, 1992 and rose to fame after releasing ‘Dami Duro’ in 2012. Since then, the singer has released hit tracks like ‘Skelewu’, ‘Aye’, ‘Gobe’, ‘Assurance’, ‘Blow My Mind’ featuring Chris Brown, ‘Fans Mi’ featuring Meek Mill, ‘If’, ‘Fall, and lots more. Davido emerged as the winner in the 2012 Headies Next-rated category. In 2016, he signed a record deal with international music label, Sony Music. In 2016, he left his former label HKN Music and formed Davido Music Worldwide. The label currently houses the likes of Mayorkun, Peruzzi, Idowest, Dremo, and Yonda. Davido has three studio albums namely; ‘Omo Baba Olowo: The Genesis (2012)’, ‘A Better Time (2019)’, ‘A Good Time (2020)’. In 2016, he released his only EP till date titled ‘Son of Mercy’. On February 12, 2021, Davido’s hit single ‘If’ was certified gold by the Recording Industry Association of America (RIAA). On May 27, 2020 Davido announced that his 2017 hit single ‘Fall’ has been certified gold in Canada and the United States of America. The music star has three kids namely; Imade, Hailey, and Ifeanyi Adeleke.

In celebration of the singer’s milestone achievement, music lovers have taken to their social media pages to share their views on the singer’s illustrious career. Below are some of their views.

Ori ade @10
There on other artist badder than the baddest#DavidoAt10 pic.twitter.com/Y8vIpEzW52

#DavidoAt10 that BADDEST 🐐 be doing this shit for 10 years

Hits back to back
Multiple classic Albums!!!

No one does it better…. shine on king 👑🙌🙌🙌💯❤️❤️#DavidoAt10 pic.twitter.com/vskCLmKOG5

From next rated to congrats on a decade Luv U 4L🐐 Champ🏆 NGU💪 #davidoat10 pic.twitter.com/P2Bwz0KfNc

#DavidoAt10 A Real SELFMADE King. The 1st Artist to tell me not to worry about money till after the show even at the top of his career (IF FALL FIRE times) he saved me a lot of money that’s now helped produce many other shows y’all enjoyed. ThankYou KingDAVID we love you! #SMADE

Congratulations @davido on your well deserved success and achievement in the music industry. You inspire me daily to strive harder! By God’s grace this is just the beginning 🙏. So pleased to see you accomplishing great things 💛🖤. #DavidoAt10 #echoke

.#DavidoAt10 10 years in the game, became a king and helped so many others become kings. inspiring! many more years of greatness @davido 🥂💜✨

DAVIDO remains the GREATEST.. thank you for serving us with hits over the years..mr do all #DavidoAt10 pic.twitter.com/zE2bCwC1Q1

It's #DavidoAt10 !
The greatest Afrobeats artiste to have graced the surface of the earth! ❤️#DavidoDay

They said his not going far… but here we’re 10 fucking years, no be beans. #echoke #DavidoAt10 pic.twitter.com/dwCBeWDbDr 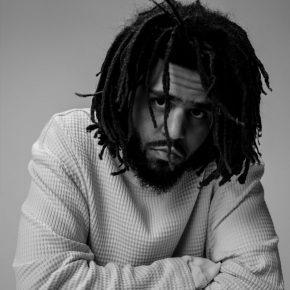