Today, global music and entertainment streaming platform TIDAL, and Facebook’s virtual reality platform Oculus, announced 2 Chainz as the fourth artist to perform as part of the ongoing six-show livestream series. Through the ongoing partnership, the concert will be livestreamed simultaneously in VR in the Venues app, available on Oculus Quest, and in 2D Video & high-quality Audio on TIDAL on April 20, 2021 at 6 PM PST/9 PM EST for members and non-members alike.

Fans can kick back with GRAMMY® Award-winner, 2 Chainz for a fully immersive experience right from their couch. To make sure the vibes are right, fans can roll up to the event listening to TIDAL playlists like 420 Classics, R&B Slow Burn, and High Rotation Hip-Hop ahead of the livestream 2 Chainz performance.

Anyone, members and non-members alike can tune into the livestream via this link. Oculus Quest owners can watch the show in VR by downloading the Venues app and subscribing to watch it via this link. Venues is available on the Oculus Quest.

The TIDAL X Oculus concert series, which has also featured Charli XCX, DJ Snoopadelic, The Roots, and more adds to the growing list of exclusive content and unique experiences available for music fans. Music fans can keep up with the latest news around the series on Oculus and TIDAL’s social media channels. Committed to providing its members with seamless listening and viewing experiences, TIDAL is compatible with Plex, Roku, Amazon Fire TV, Apple TV/Android TV, and more. (Complete list via this link). 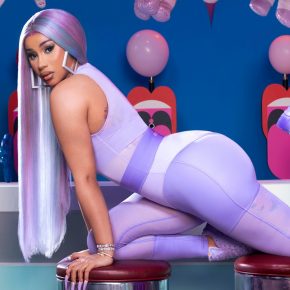