If you’re looking for a song to wake you up tomorrow morning, try ‘Kissing Practice’ by Irish band SPRINTS. Known for their “ferociously fast” retro sound, that reminds us of all of the grrl bands we enjoyed in the late 90s, the Dublin-based Post-Punk four-piece embodies what youth feels like when you’re in that phase of your life. I can only imagine their live show. Listen to their third single now, down below.

‘Regular 10’ is one of my picks because it starts subtle, and turns into something else after the thirty-second mark. Also of Irish descent, this record is her first single from her forthcoming EP titled ‘In All Fairness’. Who is LENII? She is a singer-songwriter, producer and multi-instrumentalist with a knack for role-playing and storytelling.

Similar to most of the music I like to listen to, argonaut&wasp’s ‘TVS’ seems to bring forth mental clarity synonymous with the sounds and smells of an ocean breeze. It’s ironic because the band says the record “recounts the feeling of endless Summer days.” If you want to take it slower this morning [to a song created in the morning] and maybe dance to a familiar beat pattern, turn up the volume on this one.

Following the tempo and pedigree of the songs in this 5@5 list, Switzerland’s KUSH K keeps the party going with the fantastically made track, ‘Forever Only’. Some riffs and vocals will stick to your mind as a PBJ sandwich sticks to the roof of your mouth. The Blau Blau Records release has an innocent amount of charm and enchanting vocal value like Eurythmics’ lead vocalist Annie Lennox. Watch the official video for the song now. It will be hard for you not to carry this tune/melody with you throughout the day.

Courier Club – We All Want to Be There (Submission)

Full of life, the Courier Club’s record is good enough to carry you through the door and to work. It has playback value too, so it doesn’t need a sister-song to loop. The uptempo dance track can survive on its own. It’s the first single from their upcoming EP, set to release April 24.

‘We All Want to Be There’ is an ode to that newfound community. The basic groove sprouted from a spontaneous bass and drum groove between Michael (bass) and Jack (Drums) during the filming of a music video for our song ‘Soapbox Sunday’. In the studio, we layered in synth and guitar sounds as ornaments on the foundation and faded them in and out in a DJ-esque manner. We couldn’t help but let loose into a stacked riff to bring the song to a close. 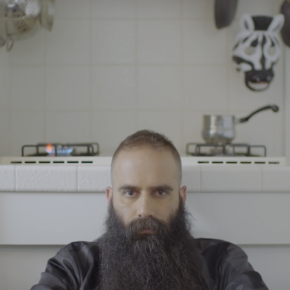 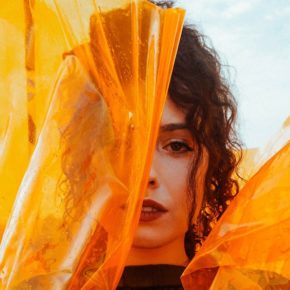