Canadian Electro-Pop singer Sarah Diamond has a decorated list of achievements as a singer and performer, dating all the way back to her early childhood. The Montreal-native was only five-years-old when she joined children’s Pop collective Kidzup, selling millions of records with the group before her first solo adventure at the age of thirteen. A year later, she was recruited by Interscope Records to join Canadian teen pop trio Clique Girlz briefly before they disbanded.

Over the years, Sara Diamond has managed to develop a distinct sound that is in-sync with her creative gift as a songwriter. Her latest EP, ‘Foreword’, was a testimony to her young and unique life and has been streamed over three million times around the world. Her latest single, ‘SILWU’, is an ode to being in love while simultaneously questioning feelings of emptiness and sanity. The song is comprised of a light piano and drum harmonies combined with airy vocals and a catchy hook. 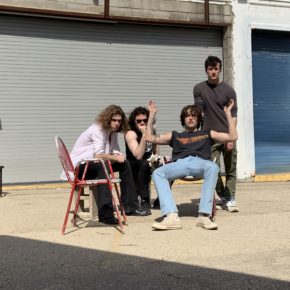