Still fresh from headlining the Celebrating Africa concert held at the OVO Arena, Wembley, the Ghanaian musical giant, Sarkodie, has released a follow-up to ‘No Pressure’—an album dubbed ‘JAMZ’ album. ‘JAMZ’ is a short record, that is star-filled, and carries a nostalgic sound that reminds me of the magic behind Ice Prince’s breakout hit, ‘Oleku‘. The formula is simple, a melodious Afrobeats instrumental, a catchy hook from an able singer, and an unforgettable flow. Sarkodie goes harder and assembles a talented roster to contribute to the records. Black Sherif, Cina Soul, Oxlade, Lojay, Joeboy, BNXN, Kranium, and King Promise are chart-topping features in the ten-track project.

‘JAMZ’ is easy on the ear: A tape of potential radio hit songs, carrying a widely-adored theme of love and infatuation tightly-packed in an Afrobeat and Rap blend. As usual, Sarkodie doesn’t shy away from serving us some clinical Twi flows, a skill that has helped him stand out and has built him a global fanbase. It is worth noting the most enjoyable songs on the record. ‘Over Me’, featuring Cina Soul, is my personal favourite. The dreamy chords. The seductive saxophone riffs. An angelic contribution from Cina Soul. ‘Confam’ is blessed with an Amapiano groove, plus a zestful delivery from Sarkodie. It’s up to the brim with enjoyable Twi-filled verses. ‘Cougar’, with Lojay, is soaked wet. Tastefully. Wet melodies and a buzzing low end. Spacey vocals from Lojay glue up the composition, allowing Sarkodie to come in and woo his love interest.

‘Labadi’ (featuring) King Promise, ‘Forever’ (featuring Kranium), ‘Hips Don’t Lie’ (featuring Joeboy), and ‘She Bad’ (featuring Oxlade) are replayable records that will do well on air. Little could be said about ‘Country Side’ featuring another Ghanaian heavy-hitter Black Sherif. It didn’t live up to my expectations. It sounded rushed. More like an afterthought. It might be because of the stripped-down production or rigid composition. However, ‘Better Days’ (featuring BNXN) is a motivational spiritual, a sonic representation of Sarkodie himself and what he means to the African youth—a beacon of hope. He is at the pulpit preaching, flanked by BNXN (formerly known as Buju), who occasionally croons the chorus in his signature slightly-raspy voice.

Ten tracks. Nine features. Nine replayable songs. One skip. You do the math! 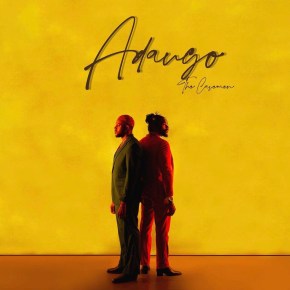 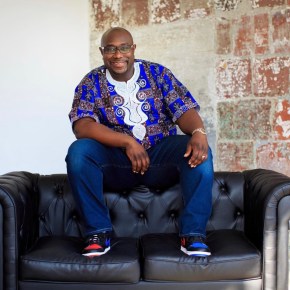