Congratulations to both the Atlanta Braves and the Houston Astros for making it to this point. Both teams needed great talent and team comradery to overcome all that stood against them.

After the Astros won the World Series in 2017 against the Dodgers, reports came out of the Astros sign-stealing scandal, which clouded their championship run that season. Following one of the biggest baseball scandals ever, the Astors redeemed themselves to be a legitimately talented team making it back to the World Series.

The Atlanta Braves finally overcame the big bad, the Dodgers, who stood in their way of a Championship last year and looked to do so again this year. The Braves defeated a starstudded Dodgers team, 4-2 in the NLCS, without their All-star center fielder Ronald Acuña Jr. and Marcell Ozuna.

This will be the third World Series appearance for the Astros in the last five years; meanwhile, the Atlanta Braves hasn’t been to a World Series since 1999. The World Series experience the Astros and manager, Dusty Baker, will be huge against a Braves team on an unfamiliar stage.

The World Series is set to begin Tuesday night in Houston! 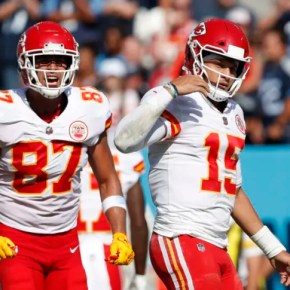