Quincy Jones joins OTHERtone Radio to share legendary stories about his career across entertainment, the technological advancements of creating music over the years, his book, ’12 Notes: On Life and Creativity’, his work with Frank Sinatra and Michael Jackson, his first time meeting a twelve-year-old Stevie Wonder at the Apollo Theater, the modern artists he listens to today, and his relationship with God.

Quincy Jones on his book ’12 Notes: On Life and Creativity’:

It’s about telling about stuff that I wish I had known when I was little. Number one, having humility always with your creativity. And because you get a number one record doesn’t make you better than anybody. And humility, and grace when you have success. When you get successful, get over it, man. Those attitudes don’t work. I can’t stand them, I really can’t. I’ve been around it a lot.

Quincy Jones on originally wanting to give ‘She’s Out of My Life’ by Michael Jackson to Frank Sinatra:

‘She’s Out of My Life’ was a song a friend of mine, Tommy Bahler, wrote when he broke up with his wife. And I said, “Let me have the cassette on that” and I was going to give it to Frank Sinatra. Then, I realised that Michael had never sang a love song. The only time I saw him sing a love song was… ‘Ben’. That was to a rat. He was singing a love song to a rat… Didn’t hear him sing one to a woman.

Quincy Jones on the first time he met a twelve-year-old Stevie Wonder:

I met him when he was twelve years old at the Apollo, and he had just written… ‘Fingertips’ and ‘Signed, Sealed, Delivered’. And he was twelve-years-old, and he was asking me all the time, man, “How does Ray Charles get all those girls, man?” I said, “Just like you, man, bumping into walls, and stuff like that.”

Quincy Jones on if he was asked by NASA to play ‘Fly Me To The Moon’ when America first landed on the moon:

Quincy Jones on whether he thinks technology in music could possibly eliminate physical instrument:

Nothing would eliminate anything. And we were very instrumental in showing the public the first synthesizer, and the first Fender bass. Leo Fender came to us in 1953, Lionel Hampton… And then, he gave it to Monk Montgomery, that’s Wes Montgomery’s brother. And Moog, Robert Moog came with us when I was working at Record Plant next door to Stevie, and he’s at a group called Toto, believe it or not, that was synthesized the group. And that’s when Stevie started doing his first synthesizing records. Each one was a platinum Grammy album. Every one. Yep. And he kept saying, “Why don’t the brothers play my instrument?” I said, “Robert, you have one problem, you’ve created technology here that takes a sound, and you can change it into a sine wave, or whatever.” I said, “They don’t play it because it doesn’t bend. And if it doesn’t bend, you can’t get funky.” And soon as he put the pitch bender in there, Stevie did four albums.

Quincy Jones on the evolution of using instruments:

The technology is a friend, man. You have to look at it as a friend. And I’ve used all the technology in the world. 808s, everything. Paul Beaver turned us on to all that. Paul Beaver was aware of all these things, and he’s the one that even found a thing for Stevie. What was touch sensitive… We were some of the first to use those instruments. Electric piano, Fender bass synthesizer. 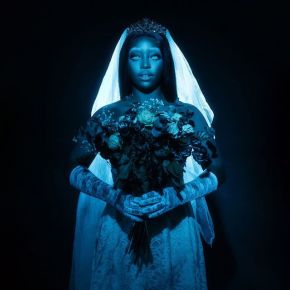