On the latest episode of The Message on Apple Music 1, Christian rapper Lecrae joins Ebro Darden to share his message of kingdom and community building. He also discusses Kanye West’s journey and embrace of Gospel music, fusing Gospel and Hip-Hop, being influenced by the late Nipsey Hussle, and more.

My message, for me, it’s kingdom, man. And kingdom over empire. Even to get spiritual it’s like… Egypt was an empire where it was like, hey, it’s okay with enslaving people, but the kingdom is about unifying and bringing people together and making their lives better. And so right now it’s a lot of empirical views out here in society where it’s like, how can we step on people to marginalize the people who don’t get opportunities instead of having a kingdom mindset where everybody can share and grow. And I feel like that’s what God will ultimately want. So it was spiritual for me, but it’s social as well. So, for me, I’m like, man, how do I raise the level of consciousness out here for these marginalized communities and provide some opportunities for folks.

Man, I don’t even know where to begin with that one. So even on a music tip, I think Kanye is going to explore what he’s experiencing in his music. So that’s part of his struggle, you’re in a growth process and people are listening to you as you grow and as you struggle, so you don’t even have it all figured out, but you processing it on wax. Processing it in your music. So that’s going to come with some level of scrutiny. It’s going to come with some level of like pushback because you don’t have it all the way figure it out. And people listen to music and take that as a declaration. This is everything that it should be. And he’s done that in the past with certain statements, “slavery is a choice.” It’s like a declaration or putting on the red cap. Those are declarations. When the reality is he was on a journey, he was trying to figure stuff out. And I think that the downside of that is when you try to figure stuff out publicly, people take it as you don’t get the opportunity to grow and change publicly. That’s where you landed your plane. So privately everyone’s growing, everyone’s mind is changing, everyone is going through different waves. So I give him some measure of grace and some measure of like, yo, my man, I get it. You learning as you going and you trying to process it all. I think it’s hard for somebody like Kanye because he’s always heard, he got so many people telling him yes, yes, yes. He gets so much praise. It’d be hard to decipher when you’re wrong because so many people around you see you as right. So I welcome his journey. I would just tell folks, yo man, give him some space to make mistakes and give him some room to say the wrong things. And as long as he comes back and admits like, “I was bugging. Ah, I got that all wrong.” Because I know some of the folks who’ve been journeying with. I know some of the people. And some people he don’t rock with no more on the Christian side that he was rocking with, but he don’t rock with them no more. And I’m like, “good, I’m glad because they was all saying all that weird stuff.” But it takes a journey for people to get to where they’re going. And hopefully he’ll land the plane in a healthy place.

…you got to remember, I came up in hip hop, I didn’t come up in the church. So I already had this perspective about Christians and gospel rap or whatever. And it was already so negative. So when I started doing it, I knew the perception I was going to have within hip hop. And I was like, “yo, let me just do my thing.” But over time I realized, man, it’s something I can embrace and not have to worry about what people say, because it’s like, look, it is what it is. And if the music is good, then you know what’s going on.

Yeah. I mean, I’m working on some stuff, we’ll see. I’m working on some music, so we’ll see what happens. I mean, it’s very possible, but at the same time, I’m not going to rush nothing. I feel like I etched my place out here, so I’m just trying to stay consistent. It’s funny, some of the best advice I ever got was from this individual named Ebro years ago. I had put out this album Anomaly, it was the number one album in the country. It was the first of its kind to be number one on Billboard, on Independent Gospel, everything. And he was like, “yo man, don’t sit here, come right back and keep coming back with more music, a lot of cats get content, just putting out something and then they fall back.” It was like, “man, keep engaging the people.” And so man, I took that to heart and I’ve been trying to do that ever since.

I mean, being honest with you, man, I’ve been on my executive grind. So, I own my own label. We got nine artists. I’ve been working on getting their music going. I got moved heavy in real estate, move heavy and rebuilding the city out here in Atlanta, working with Killer Mike and Tip on some real estate stuff, and so that’s really kind of just trying to like boss up a little bit in some other areas and really contribute. Nipsey messed me up, I ain’t going to lie to you. It messed me up. Because I thought, man, this man a whole gang member and he changing his community, and I’m supposed to be the spiritually aware dude and what am I doing? So I got to give today.

Yeah, we connected online, but we ain’t met up in person. It’s all love. It’s the vibes he give off, obviously from that spiritual perspective, for sure. But it’s also his countenance, man. He just like… You can’t not like that dude. He got a countenance that’s about the people. He enjoys every moment. The energy that he bring with him is something that… We need more of that. And the innovation that he brings to music, he trying to do his own thing instead of doing what everybody else is doing. So man, what do you not like about this guy? He talented, his character, the way he carry himself. That whole vibe, that whole energy. And then we can wax philosophical, spiritual as well. Man, we need more of that.

So, years back I had the opportunity to help plan a school in the city, Peace Preparatory Academy… And we started with kindergarteners and now we up to the sixth grade. We just added a grade every year and it’s in the worst community. Wasn’t no schools in the community. And then on sides of it, I partnered with my folks at oaksATL to help erect some apartment complexes that are income-based, but they quality. So it looks like gentrification is taking place, but you have to make under a certain amount of money to live there. And so the community is like, “yo, these for us, what’s going on?” Yeah, absolutely. But then also you got to take a financial literacy class at the school in order to get into one of the buildings. So we teach financial literacy as well… But that’s what I’m doing. I go to the hood and I just resurrect stuff, build up stuff and then try to figure out a way to keep the community in those places so they don’t get pushed out or forced out. And that’s a lot of what we’re doing. There’s some business stuff too, some commercial stuff that we got going on. But it’s mostly residential because right now in Atlanta, all the gentrification is heavy. 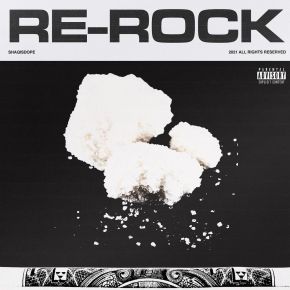 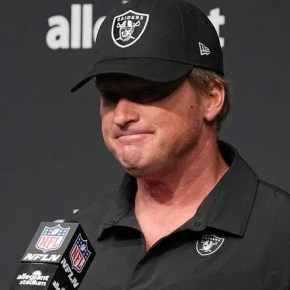