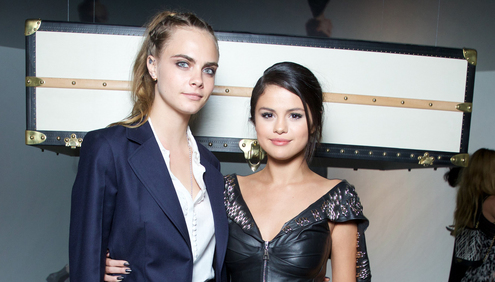 Held at The Strand, “Series 3” is a fashion exhibition and immersive experience which retraces Nicolas Ghesquière’s Autumn-Winter 2015 collection for Louis Vuitton. “Series 3 is a sensorial journey, venturing deep into the designer’s soul and an artisan’s heart. An adventure along the emotional corridors of the House of Louis Vuitton.

London is the first city to launch the third Series of this exhibition, “Series 1” and “Series 2” have already travelled the world to multiple destinations including Tokyo, Shanghai, Los Angeles, Seoul and Rome. In the exhibition, the brand is unveiled through a “series” of 11 distinctive rooms conceived as a total physical and interactive immersion – a “journey” through the world of Louis Vuitton.

To mark the London opening, Louis Vuitton are hosting a gala opening and cocktail reception on September 20. B-Roll footage from the event will be available to view and download free of charge and free of copyright restrictions from Monday, September 21. Tickets for the exhibition are available to pre-book via this link.