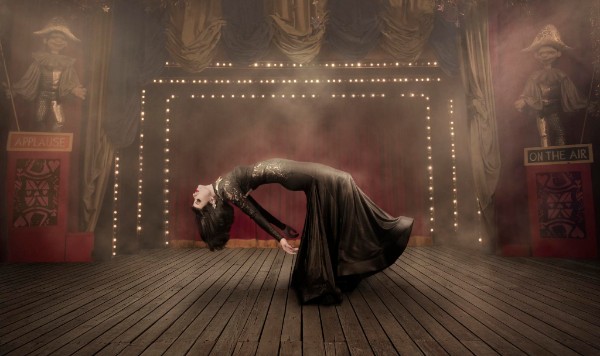 Lola Blanc released her debut five-track EP last week through LB Music, an independent record label by the singer-songwriter who has written a hit record for Britney Spears. Now that I’ve been to a circus, I can agree with the description and comparisons her music has garnered. Magical, mysterious and much like a circus, Lola Blanc’s music is a well-marketed fantasy. In the past, we’ve covered ‘Don’t Say You Do’ and ‘The Magic’.

Now we can enjoy three more songs. In short, ‘Real Boy’ is a song about Pinocchio-type humans. ‘Fly Away’ is softer and slower. It sounds like it is was made for Lana Del Rey. ‘One Eye Open’, on the other hand, is about the loss of trust. Imagine sleeping with one eye open.

Kandice Melonakos (born December 20, 1987), better known by her stage name Lola Blanc, is an American singer, songwriter, actress, writer, and model. She has been declared a “rising star” and “boudoir beauty” by Playboy, a “funky pop songstress” by Vibe.com, “one badass chick” by Refinery29, and “one to watch” by Ladygunn Magazine. Blanc co-wrote Britney Spears’ top 40 single “Ooh La La” in 2013 and reached #3 as an artist on Billboard’s Next Big Sound chart in 2014.

Blanc has appeared on such television shows as American Horror Story: Hotel; she is also a contributing writer for Vice.com, having written about a number of topics including ageism in the music industry and her experience with believing in a cult leader.

Blanc has been photographed and filmed for a number of fashion and beauty brands, including Vera Wang Princess, Make Up For Ever, Pinup Girl Clothing, and Lime Crime Makeup. YouTube celebrity makeup artist Michelle Phan has used several of Blanc’s songs (Shangri-La, April Fools, and Bad Tattoo) in her tutorial videos.