“It’s important to be sad, sometimes.”

We don’t hear that very often, or not often enough. But that’s the theme of Pixar’s newest movie, Inside Out, which took five years to make and earned $91.1 million in U.S. ticket sales in its first weekend.

Inside Out follows the interior motivations of an eleven-year-old girl named Riley, who moves from Minnesota to San Francisco and finds herself, for the first time, feeling bereft.

The audience understands Riley’s struggles via the anthropomorphic emotions in her head: Joy, Sadness, Fear, Disgust, and Anger – five bumbling characters react and respond to Riley’s external stimuli. Joy is the leader, pulling the levers in Riley’s mind scape to keep her happy. The other emotions, more or less, fall in line.

Previously, Joy had been capable of keeping Riley afloat, but when she moves – arguably the hardest experience Riley’s ever had – Joy is unable to lift her spirits. As it turns out, Sadness is key. The message, hammered home by the film, is that sometimes we need to be sad to feel better. The challenge of acknowledging and giving credence to the different emotions we feel is what Pixar spent five years bringing to life for our benefit. And oh, how we benefit.

As a recently partner-less person, I went to Inside Out on its premiere night with my housemates, in an attempt to make myself happy.

I left the film recognizing how important the opposite was. Sometimes when we feel dejected – like when you are single for the first time in two years and feel deeply, morbidly alone – doing fun things and forcing yourself to be upbeat isn’t helpful. 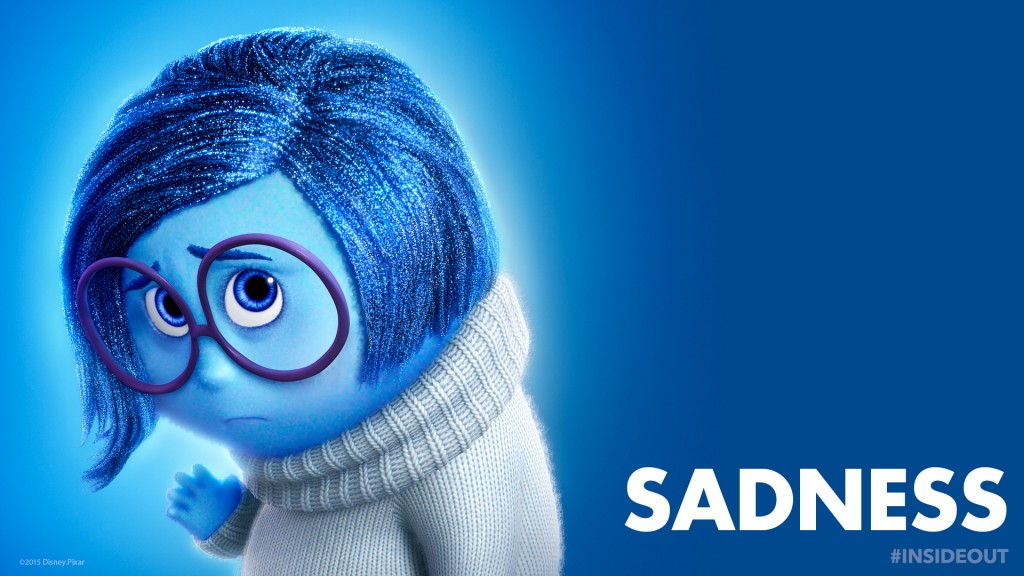 If there was ever a time for me to be sad, it’s now. Inside Out instructs children (and adults alike) that you don’t have to put on a happy face if you aren’t feeling it. Because, as Sadness illustrates eloquently, it’s only when we share that we’re sad, that our friends and family can support us.