5 Reasons Why: You Should Listen to G4SHI’s Debut Album – GRUNGECAKE  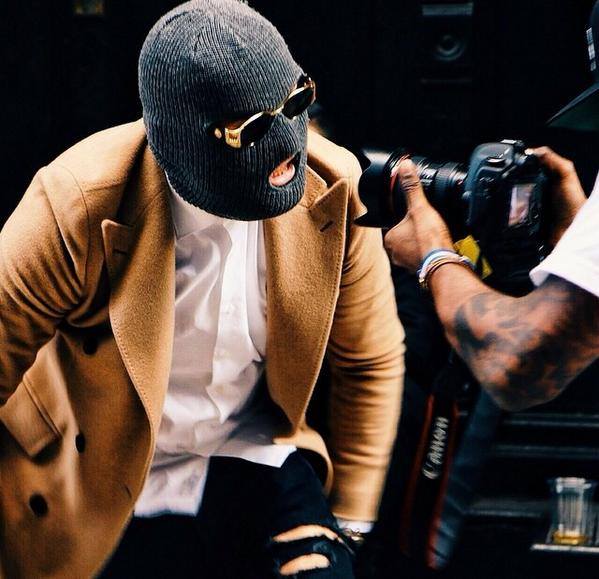 arlier this year in Williamsburg, my professional partners and I took an evening to experience and enjoy a live version of G4SHI’s 4Play album in-studio. On the surface, G4SHI demonstrates that he possesses just what it takes to be one of the world’s most notable musicians of our time. It is due to his archetypal ability to create, record and deliver substantial and understandable lyrics prepared for large audiences to ingest. The 25-year-old rapper who was born in Africa, with ancestry originally from war-torn Kosovo, has a different story to tell. One that is unheard of in urban contemporary music. Labinot “Larry” Gashi is not your typical young Brooklynite guy, human or rapper. As a child refugee, he traveled through 24 countries (“October 4th”) before making it to America, and cultivating his unique journey of being heard by the masses. In addition, English is not his native tongue.

“Struggling to pick up the English language, he turned to music to help ease his adjustment into society, and quickly became hooked to rap.” — Taken from the Wikipedia page about G4SHI

Prior to the moment of my live experience, I believed he was a star but now, I know he is a star and I am forever thankful for the experience.

If you’re an avid listener of Drake and Kanye West, you’re going to love this album. The free album released on his birthday features recurring warm and fitting production by Kanye West collaborator Sebastian Sartor, Matthew P, Success Music, and more. 4Play also features just two fellow rappers Vinny Cha$e (Epic Records / Cheers Club) and Ken Rebel, an anomaly for someone of his promise. To me, it is a strong indicator that he can carry an album by himself if needed. Press play.

From having “too much pride” to listing losses due to his seemingly drastic and unreasonable choice of wanting to be a full-time musician, G4SHI continuously shares how that decision affects his home life. He shares a conversation with his aunt on “Show Us The Way,” produced by Matthew P:

And I hate family gatherings, every evening. Auntie asking you still rapping. Like ‘Bitch, is you still breathing?

And there’s more of where that came from in “Best Of My Life” produced by Matthew P. He vividly expressed himself about the type of woman he wants — she must have a “tight” vagina, a job, push him to be better, and she can’t live with her mom — to admitting he’s a faithful boyfriend and the mispronunciation of his name. Hey, at least he knows what he wants and not afraid to share it.

It features production from my new go-to producer Sebastian Sartor, who collaborated with Kanye West on Pusha T’s “King Push” and other transpiring producers. Sonically, it dares to be classically cinematic and new-age edgy all at once.

If you appreciate aphorisms or you are an avid listener (or a novice to “rap” arrangements and jargon) who basks in wit and sarcasm, you can follow along and appreciate the way G4SHI chooses to present his music. His puns aren’t overkilled or elliptical, and you won’t have to visit Rap Genius or download the paid version of the Merriam-Webster Dictionary app.

Yes, G4SHI does freely communicate rapper nuances that everyday people might not be able to truly identify with, and sometimes mention perks of his lifestyle (“What They Know”) but his lyrics are relatable and inspirational overall (“Room 4”).

Whether you’re an aspiring musician or entrepreneur, there’s something meaningful in this album for you. I found myself nodding my head in agreement from its beginning to end.

Whilst my personal favourites might be “What They Know” and “Room 4”, I am a little torn because I really love the drum break toward the end of “Laughing” too but I know I can attribute that to the silent rave woman in me. What’s your favourite track on 4Play? Let me know in the comment section below.

My Favourite Quotables from 4Play:

“I followed my heart and lost my mind but I’ll be fine” — G4SHI, “October 4th” the first track from his debut album, 4Play

“Stressing means you doubt God” — G4SHI, “Show Us The Way” the second track from his debut album, 4Play

“G4SHI, G4SHI, when the fuck is you gon’ blow up. Got a show on Monday. Buy a ticket bitch and show up. G4SHI, G4SHI, you should do a song with Rita. Bitch, I packed out Austin without JAY Z, I don’t need her.” — G4SHI, “What They Know” the fifth track from his debut album, 4Play

“Biggie came back up in a White body. I am the label so you cannot drop me.” — G4SHI, “What They Know” the fifth track from his debut album, 4Play

“If I kill the best rapper alive, that’s a suicide.” — G4SHI, “Room 4” the fourteenth track from his debut album, 4Play

“This ain’t my flow. This that Drake shit but fuck it, Shqipe we made it.” — G4SHI, “You Want It” the sixteenth or bonus track from his debut album, 4Play present via his Soundcloud page