Future-Pop duo RHYME SO is the passion project from emerging Australian poet, singer-songwriter, DJ, and model RHYME and massive Japanese musician and producer Shinichi Osawa (aka MONDO GROSSO). Rising alt-pop artist, RHYME is no stranger to the entertainment/music industry as she was born to Australian Rock legend Richard Lara of The Screaming Jets and stylist and make-up artist Michelle Michaleson. At eighteen-years-old, she decided to focus on modeling and music and began releasing solo projects encompassing an eclectic but curated genre for herself as a word performer. Her latest EP ‘INTERNET GIRL’ received support from NYLON Japan.

In the early 90’s, Shinichi Osawa had a successful career as a music producer, TV ads and a film score composer; later finding success as an electro music pioneer in the 2000’s. In 2017, he released the first MONDO GROSSO album in fourteen years, which soon ranked #1 on Japan’s iTunes album chart. RHYME and Shinichi crossed paths the same year and quickly formed a close collaboration, prompting RHYME to move to Japan to begin writing together as RHYME SO. RHYME SO’s music was picked up by Japanese/Australian artist JOJI and the duo’s debut dance hit ‘Just Used Music Again’ was released on 88 Rising’s 2019 album ‘Head in The Clouds II’, which led to accolades from Hypebeast, Billboard, Complex, Mixmag, and more.

The duo’s new single, ‘Fashion Blogger’, is influenced by our society’s obsession with being online and the importance of disconnecting to genuinely reconnect with each other. The distinctive, upbeat, vogue-esque production alongside the catchy spoken word lyrics illustrate a satirical twist on our social media persona and interactions. Their unique sounds and style are a refreshing blend infectious pop hooks, tongue twisters, and witty lyrics all while pioneering a new era sound – which they call ‘Blank Post Genre’.

The epic official avant-garde video, which features the fabulous drag queen star Milk of RuPaul’s Drag Race, was filmed on ice as we watch RHYME compete with Milk during a fictional ice-skating competition ‘IAFB Grand Prix 2020’ (‘I Am a Fashion Blogger Grand Prix’). Both RHYME and Milk used to be professional figure skaters before pursuing other endeavors. The visual pays homage to the sport they highly adore and respect while also creating a vibrant, inclusive stage for the LGBTQ+ community—not to mention striking fashion moments. This infectious techno track is the first step to greatness for the Future-Pop duo. 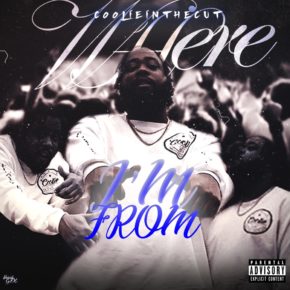