Read feature
Jay-Z’s nephew Rel Carter: ‘If this something you actually want, you gotta be passionate about it’ - GRUNGECAKE

‘Rel Carter Presents: No Handouts’, an album curated to give opportunities for up-and-coming artists and share with listeners the journey of grinding to get to the bag. Rel Carter, the nephew of Hip-Hop mogul Shawn ‘Jay-Z’ Carter, strives to make a name for himself in music and the business world. The Brooklyn-native currently works as an A&R at Roc Nation, as well as, receiving credits as the founder of the Rel Carter Culture Tour, CEO of The Carter Boys, co-founder of SoLo Funds, and a host of the D’USSE Friday podcast.

‘No Handouts’ carries a powerful sentiment. There are no handouts in this world, but its Rel’s belief that everyone needs opportunity, what’s important is what they plan to do with that opportunity.

Hip-Hop has officially been deemed the most popular genre of music for about a year now. If you had to pick one Hip-Hop album to be the soundtrack of your life, from any time, which album would it be and why?

You have been around the music industry for the majority of your life. Was it always your intention to get into the business of music?

No, I actually went to school for Business Management. My whole thing was to go into Hotel Management, but then when I graduated, you know, Hotel Management that ain’t an easy field to get into. So, from there I just sat back and was thinking like, “Yo, what is it that I’m passionate about?” and everything kept coming back to music. So, I started a management company, and from there, that’s when it just stuck with me. 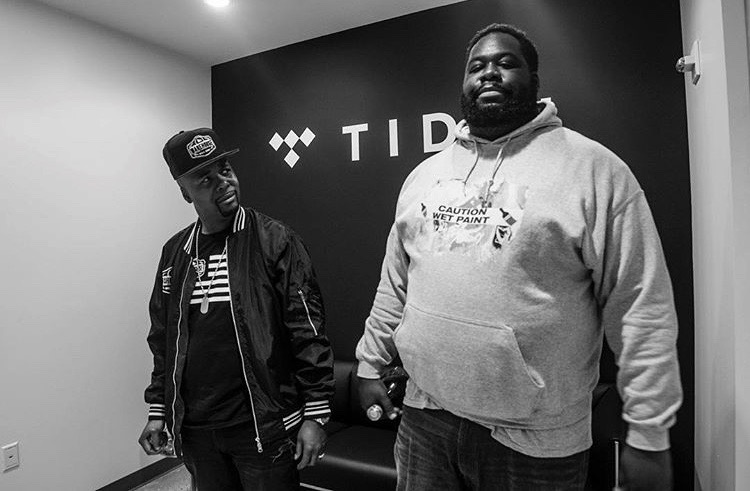 People see Rel Carter, Roc Nation A&R, and figure that you were simply handed a position because of your family ties. For those who do not understand, what has your journey been like in music, from growing up next to such a big movement like Roc-A-Fella to starting your own management business, Carter Wisdom Management, to ending up working for Roc Nation?

My first start was my Management Business. I feel like I had it harder than anyone that didn’t, ‘cause me being on the inside is a reason for me to work twice as hard, to prove why I’m there, so, that people don’t think I’m only there because of who I’m related to. Like I said in many interviews before, it wasn’t easy getting hired at Roc Nation. I actually had to be an intern before [hired]. I was an intern for a Summer before even getting the callback. Three months after the internship ended, I got the call back saying I got the job. If it was a handout, I probably would’ve just got the job and wouldn’t have to intern. I mean, doing regular intern shit like getting lunch for people and doing all that shit. I didn’t get any special treatment because of who I am.

D’USSE Friday is one of my favourite podcasts since the inaugural episode. What have you learned about yourself throughout the past year and a half of doing the podcast? How have you grown as a media personality? What are some goals you have for the podcast in 2019?

First of all, I’m not a media personality—no matter what anyone tells you—it’s a lie. I actually learned that I’m an asshole. I always knew it and people always told me, but to hear it myself now… I don’t listen to the podcast, but it is certain shit I be saying that I be like, “Oh damn, this guy really is an asshole,” but I mean, it’s fun though. The goal is to keep pushing the envelope, however, we can. We not trying to be, like we don’t wanna be like most podcasts that can’t stand on their own without having a guest.

We just want to be the podcast that people listen to because we entertain them. There is a lot of podcast out there that doesn’t really do well, or never had an episode without a guest, but that’s what they are based on. Ours is based on basically getting drunk and talking shit, so we just want to keep that up and bring it to a higher level. That’s my plan for it. I mean, [Memphis] Bleek and them may have other plans for it, but my goal is to keep going with what we are doing and get more notoriety. 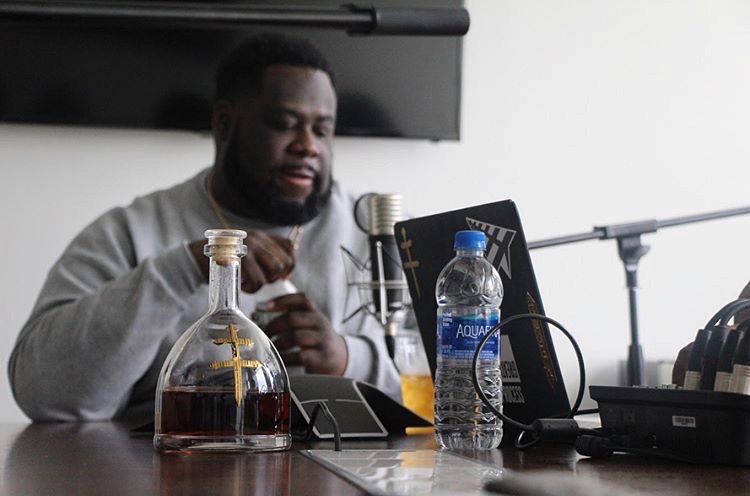 Another business venture I’ve seen you advertise is SoLo funds. What are SoLo Funds? How does it work? And what motivated you to start this business?

SoLo Funds is a peer to peer lending exchange. The idea came from my homeboy Rodney. We were all out eating dinner after they announced the whole Tidal situation, with all the owners and stuff, when they came together and whatever. We were just eating and it just came about because, you know, you get tired of lending friends and family money and never getting your money back, so we were like why don’t we create something that allows you to borrow money when you need it, you know, low value funds, $0-$1000, you can’t borrow zero, but you know what I mean. Just low-value funds, and you know is a guarantee to get paid back, because you have to have a bank account on your actual account, and we can automatically debit the money up on the day you supposed to pay back.

It’s pretty much just to help people, you never know, like you could have a bill that pops up, let’s say you don’t get paid til like the fifteenth, but you got a bill due on the tenth, what you gonna do? Like if you just go to SoLo, like, “Hey, I need $200 for a phone bill, my phone gonna be cut off, and I can pay back in five days at an interest rate of whatever. I think it’s really good for the community, especially college kids, or you know, people just going through real life stuff. You gotta think about it, 33%, I don’t know if this number is still true, but at the time that we started 33% of Americans didn’t even have bank accounts.

You go to these payday loan places and the interest rate is outrageous, you might as well not cash that check or get that loan at the check cashing place. Imagine how much it cost to send money through Western Union, that shit is ridiculous, I got to pay y’all to send money, I mean, I get that it’s a business, but I shouldn’t pay $25 to send $100 to somebody.

Back in 2017, you started the ‘Rel Carter Culture Tour’. What made you want to provide these opportunities for up-and-coming artists, what were your expectations for the tour, and what cities would you say surprised you the most with talent?

I never really had any expectations. I just wanted to do something fun that I thought was cool ‘cause I feel like there is no one out here giving up-and-coming artists a shot—even music execs—we’re finding shit on the internet, and not really going to the Minnesota’s or the Minneapolis’, and really go see what’s down there. That was the whole goal for me, to first hit all the untapped markets and see what’s out there, and you know, provide opportunity, ‘cause you know everybody needs opportunity. It’s all about what you do with the opportunity. Somebody gave me the opportunity to be an intern, and I turned it into a job. So, it’s just giving people [an] opportunity and what they gonna do about it. What cities surprised me the most? I don’t even know. There is talent everywhere. As far as cities that surprised me the most, just in how hospitable they were, it’s probably gonna be Toronto and Memphis.

‘No Handouts’ dropped recently. Why did you choose that as the album title? What does that phrase mean to you?

I chose that [name] because it’s true. It’s true to me. Literally, nothing [has] ever been handed to me. I’m also the type of person that if something is coming my way, I want to know why. I want to actually earn what I get instead of somebody just giving [me] something. Like people wanted me to do interviews and paid gigs and stuff, I feel like I’d do it now, cause I feel like I earned it. There came a part where people wanted me to do shit, but I was like why? I didn’t do anything to earn this. So, that’s why I chose that [name]. I don’t believe in handouts. I believe in working for it. If you just hand it to me I’ll never learn how to actually do it. If I never learn how to do it, how the fuck am I gonna teach anyone else?

What advice do you have for artists and producers who are looking to be apart of ‘The Rel Carter Culture Tour’ or who approach you with music, especially, the discouraged lyricists trying to find balance and maneuver their way through the current sound of Hip-Hop?

Only thing I really gotta say is that, if this something you actually want, you gotta be passionate about it. This shit is a dog-eat-dog world. If you don’t got the heart for this shit, then you not gonna make it. It’s not gonna happen over a day, a week, a month—this shit takes years. A lot of people get discouraged because they think these artists pop up with a single, they blow up, and they think that shit happened overnight, but it didn’t. And I’m pretty sure they would tell you too, like, it was times when they wanted to quit and they didn’t, but you can’t be discouraged ‘cause it don’t happen in the blink of an eye.

If there’s one thing you’d like people to know about you, that you think they don’t know yet, what would it be?

I don’t know. I have no clue. I think that a question for people that know me. I mean, there’s a lot, I’m humbled. I’m approachable. I’m funny as fuck, like as fuck. I might be the funniest nigga you may meet. 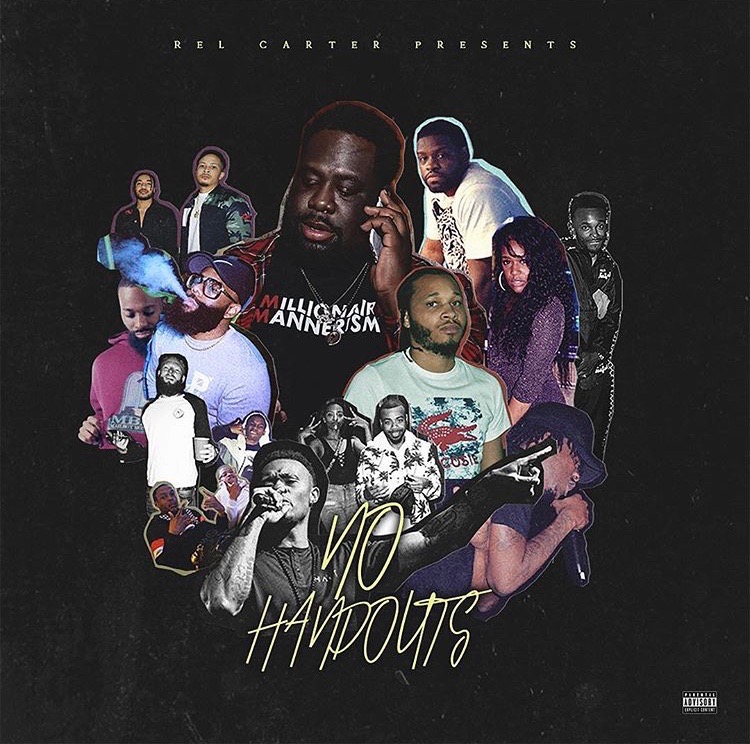