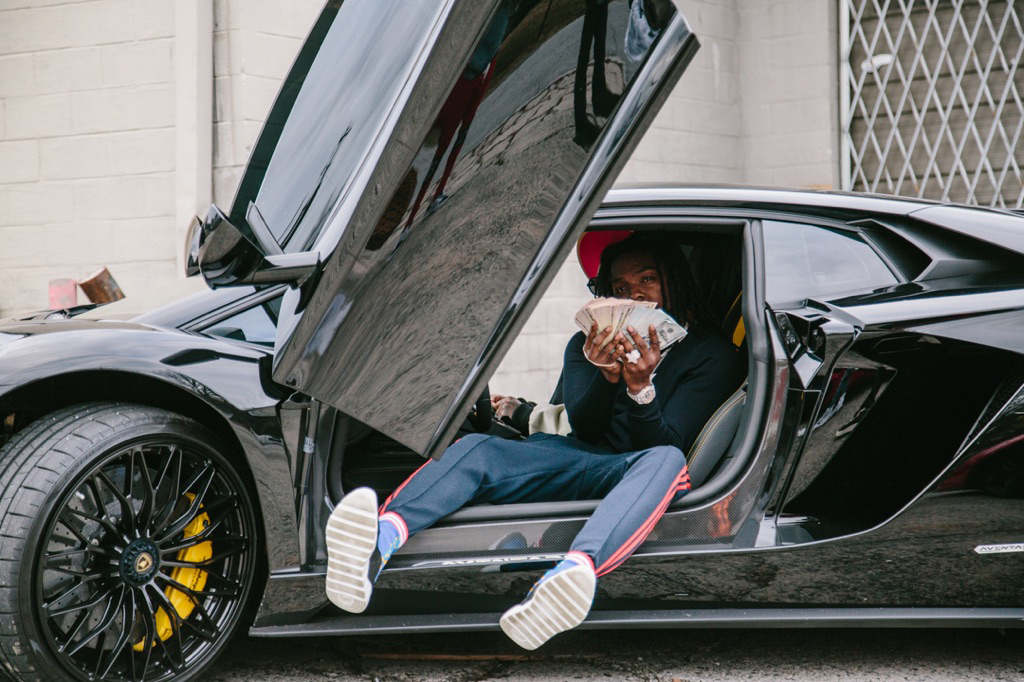 Trouble, the Atlanta-native rapper released an amazing video for ‘Bring It Back’. Featuring thick-body women in a strip club and a squad of men in black, the rapper makes it clear what happens to people who double cross him. Lastly, it feels good to see a woman with a darker skin colour as the leading woman. Thank you very much. Yes, I took it personally. As stated at the beginning of the video, some scenes from ‘Edgewood’, a forthcoming short film. I’m looking forward to seeing it as soon as it comes out!

Woo, excuse me? Do you hear this damn bass? Listen, aside from the Raleigh, North Carolina-based rapper detailing the harsh truths (domestic violence, substance abuse/escapism, and issues stemming from poverty) about his childhood and other times in his life, “Runnin” is a motherfucking trunk-rattling banger. As the sample suggests, you cannot keep running away from your problems. One day, it all catches up to you. There’s only so many drugs you can do to mask the feeling. Get your focus back. Handle your life. Then, handle your business. Listen to Jon Dacom’s latest track.

First of all, we wish we had the chance to see Young Scooter perform at SXSW, but we headed back to New York City on the morning of his show. Secondly, the opening lyrics of “Trippple Cross” are entirely disrespectful—depending on whose listening. Messing with another man’s lady doesn’t have much to do with scarcity. You do it because you can, or to prove a point. I believe his reasoning is the latter. Furthermore, his brethren and fellow rappers from Atlanta—who are currently at the top of the game—feature the song. His next project—of the same title—also has a verse from YoungBoy Never Broke Again.

Young Scooter celebrated a birthday this week (March 28), show him some love. Stream the title track below. If you like what you hear, check out the fourteen-track album.

Originally, the audio was submitted to me, but since, the J Cole-directed music video debuted. Before then, I hadn’t heard of Boblo. Based on my research, it was an amusement park that ran from 1898 until 1993 in Ontario. It was abandoned. Now, it is a residential area. If you’re knowledgeable with geography, you know that Detroit, Michigan and Canada aren’t far off at all (18 miles away above the mouth of the Detroit River). In fact, locals referred to the place as their Coney Island. The amusement park closed in 1993. Watch the video for ‘Boblo Boat’ below. It brings the song to life—showing us just how advanced some young girls are—and also influence young men to experiment.

Belly has fun with music; that’s why I like him so much. Check out the official video for ‘4 Days’ featuring YG below. PS: YG’s fur coat is lovely.

K Camp – Racks Like This featuring Moneybagg Yo (Personal)

Speaking of fur coats, K Camp’s coat is coequal to YG’s. We love K Camp at GRUNGECAKE, so we try our best to cover as many of his records/videos as we can. I’d like to hear this at the club, so I can do my dance. We’re feeling the Moneybagg Yo verse, too. He always hits, never a miss. Watch the beautifully-done visual for the track below.

Since we’re talking about artists we love, Rich Homie Quan is one of them. It’s a delight to have him back in the mix. With a fresh cut and his signature rap-sing vocals, he returns with ’34’. It’s a song about hustling, life-changing experiences, and more. Watch the official video below. He discloses that he started drinking liquor at the age of sixteen.

There’s not much to say here, except that all of my favourite people are in this video. Watch ‘Code of Honour’ featuring Future and ScHoolboy Q below.

The Fury MCs – Lets Get It (Submission) (Bonus)

The Fury MCs, a Virginian duo consisting of Rome and Andre, released the video for ‘Lets Get It’. To be frank, the hook/message of the song pulled me in, so I selected it. Every now and then, most especially in these times, it is good to hear a song like this one. Lastly, shout out to the young lady who dances in the video, too.