Last month, we got wind of a new video for Aaron Cohen and ABGOHARD’s “Right Here”, which premiered on Noisey from their collaboration extended play titled, “Uglyboyz”. We thought it was so good that we decided to interview him to learn more about the music, the man and the journey.

First thing first, I loved the song and the video for the new track with you and
Abgohard from ICK. How did the EP come about, as well as the concept?

ABGOHARD and me are always doing collaborations, so we thought we might as well make an EP. Our styles are different, but somehow they just go together really well. The concept behind the “Uglyboyz” project is kind of anti-pretty boy bullshit. A lot of rappers adhere to this new high fashion dress code of leather sweatpants and stuff. We’re not hopping on those trends. We’re just gonna be ourselves, which is pretty grimy. And when you are actually real and original people are gonna come at you and call you names. So we just learned to embrace it and call ourselves “Uglyboyz”.

I loved your last EP, You Wouldn’t Know from beginning to end. It’s so dope to me; another dark-type vibe EP. Would you say during the recording of these two EPs that you were purposely coming from a darker section of time in your life?

Thank you. I didn’t purposely make them dark. My music has always been somewhat dark, and when I made this new project I was in an interesting place, personally. I just got out of a relationship. I was sleeping on the floor of the studio most nights, and it was the coldest Winter I’ve ever experienced in New York. Put all those things together and you can make some dark music.

How did the moves and transitions from Seattle, then New York City and now California, affect your writing process? And in your opinion, how do the three different music scenes differ? Sidenote: I give you mad props for chasing your art and dreams. Mad inspiring to me.

Seattle, New York and Los Angeles are totally different from each other. Seattle is laid back, people are chill, but it’s also kind of gloomy. How I talk and how I rap is definitely influenced by my upbringing in Seattle. New York is great ‘cause there are so many talented artists from all over the world, working there. It’s fast-paced and competitive. Being in New York forces you to work harder, and if you can get noticed in New York, you’re gonna get national attention. I’ve only been in Los Angeles for like a week, so I’m going to have to get back to you on that. In terms of my writing process, it’s pretty much the same wherever I go. I just have to be in motion. Whether I’m walking or on the train or riding the bus. Motion is key, even as a kid I did my homework walking in circles.

How did you hook up with Mishka for the Murk mix tape? As well as on the visual side with Vice / Noisey?

As far as Mishka, one of my boys emailed them my mixtape. They liked it so they invited me to their office and asked me if I wanted to put the tape out with them. It was a great look, having a name like that attached to my music forced more people to start taking me seriously. Similar story with Noisey, they were sent the project and some of the writers really liked it. Obviously that was a great look as well. 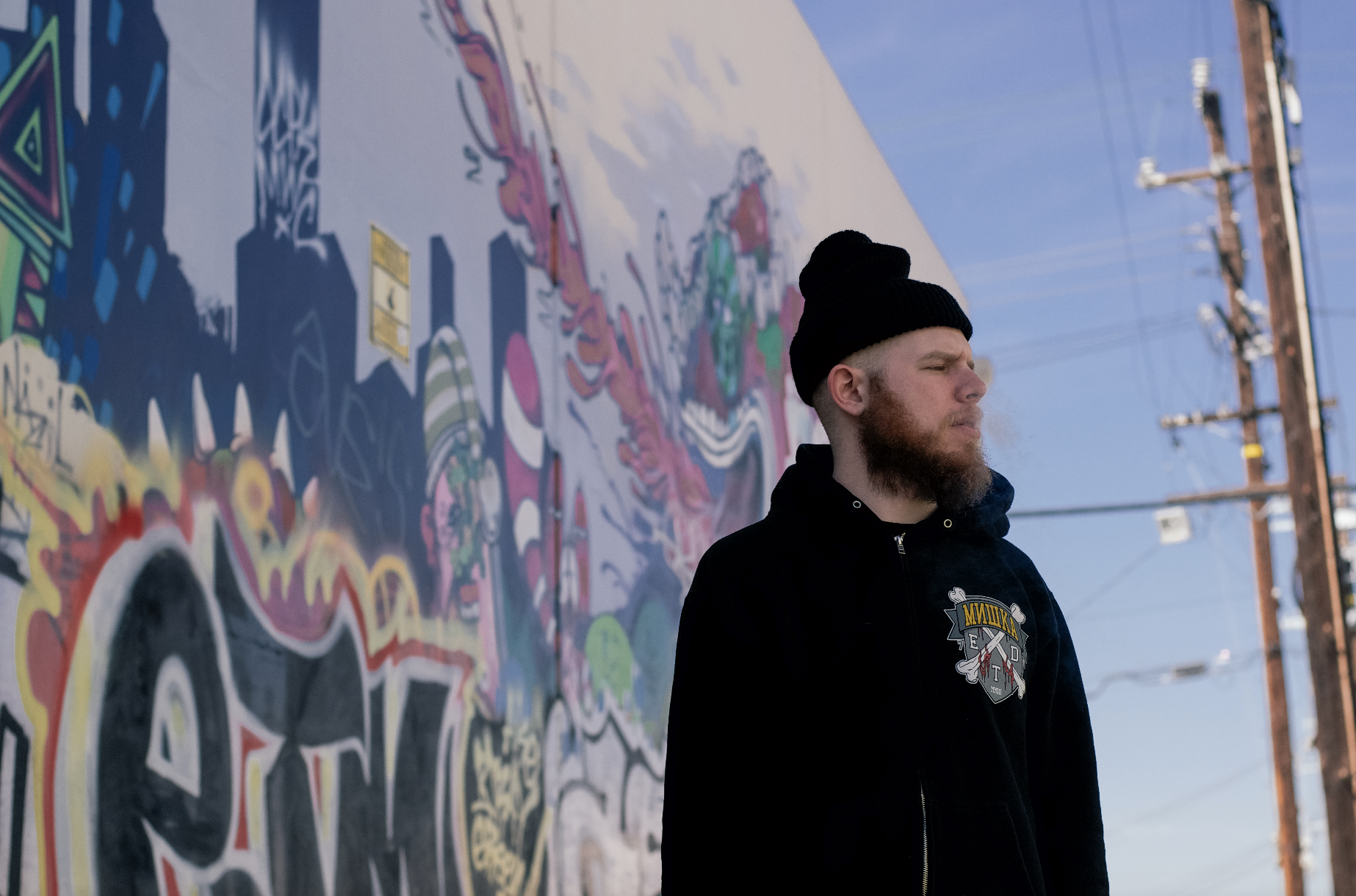 Your videos are always on point to me: Well thought out pieces of art. What is your part in the creation of the video making process? Or do you let the directors create their version of your words and music, through what they envision?

It varies with each video but I always work closely with the directors. I like to let people be creative because that’s when you have fun and get the best results, but at the end of the day it needs to fit into my vision. Sometimes the directors have the ideas, sometimes I do, but it always has to click for me in some way. I think rappers try to hard to look like the man in their videos, I think the closer you can get to expressing your real self, the more powerful the visuals. I don’t mean that everything has to be literal or realistic, but the essence of yourself as an artist / person should be there.

When you first heard the name “GrungeCake”, what came to mind?

I thought of Seattle, whenever I hear the word grunge, I think Seattle. That’s kind of our thing.

Based on a few lyrics of yours, being it’s Mother’s Day soon, how much of an inspiration is your mother to you?

My mom’s a huge inspiration to me. Both my parents believe in me, and I think that makes it possible to chase dreams that seem impossible. My mom has more energy than pretty much anyone I’ve ever met. I feel like my drive and the restlessness that leads me to create is from my mom. Any wit I have is probably from my dad, he’s got a good sense of humor and a knack for calling out bullshit.

What is your ultimate goal as a musician?

I want to make great art. I want people to listen to my music and feel more alive and feel the need to go out and do something important. That’s what great art does for me.

Dropping a bunch of music soon. First, “Uglyboyz” with ABGOHARD. Then, my solo EP Home.Less. and I’ll be touring up and down the West Coast pretty soon. Lots of other shit too I’m sure, but I’ll keep you posted.

Well that’s it sir. I thank you for your time and knowledge. Looking real forward to the new-new. Keep being ill. Much love.

Thanks man. I’m glad you like the music. I appreciate the opportunity for real.