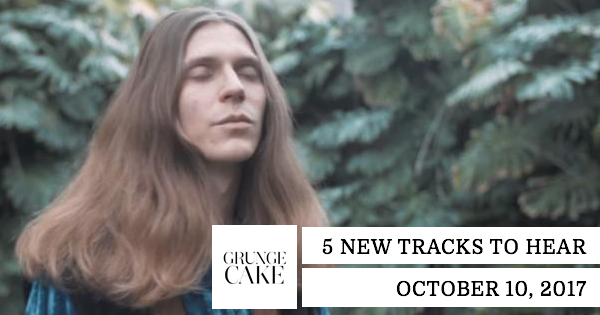 Have you ever sat down to binge-watch the Disney channel and listened to the music that plays behind those colourful cartoons? This song makes me feel like I’ve heard it on Shrek or Aladan before. The vocals are amazing and complement the track perfectly. Although, I believe that the vocals come into play too late. I’m not sure I would want to see them live unless they came with Disney on Ice, and were the guest performers. My daughter, will for sure, drag me there. (Thirston Howw)

What is a sociopath? If you were in the blind before reading this, it is the kind of person who does not have regard for the safety of themselves or others. It is an anti-social personality disorder. An according to what I’ve researched it does not affect people until adolescence or adulthood. In a packaged caboodle that sounds like a top 40 record, the singer tells a story about a woman who doesn’t seem to feel much for anyone.

On the record, he discloses that her mother passed away, and she didn’t tear nor mourn like others. Apparently, she’s also between two men, and that she might have tied her tubes. Hey, to each his own. Stream the STéLOUSE record featuring Bryce Fox below; It has the workings of a hit.

New York City-based Annika Grace’s “Better You” started off as a song that I wanted to share with my female friends. Then, it turned into a critique session, mentally. Grace has the potential to break into the industry, but I think there are little things she has to adjust. Personally, I think the majority of the vocal work could have been different. I would have asked her to elongate all of the “yous” when on the hook. I think the production of the song and its lyrics are lovely. Stream Annika Grace’s latest track below.

Ever just hear music that makes you feel good inside? “Fields by Spirit Award is one of those songs that you wouldn’t mind hearing on the way to anywhere. Anthemic in its delivery and harmonious to its tracklist buddies, the Seattle-based trio continue to pour seasoned songwriting and vocal and over stringent palpitating melodies recorded by the likes of Jack Endino (Nirvana), Eric Corson (Perfume Genius/Ceremony), Connor Birch, and GG Reynolds (Sleater-Kinney). Particularly, the drum and bass patterns on “Fields” take me on a journey through the congested streets of New York City on a weekday afternoon like this one. Motive, adrenaline, and passion consume me as I pound the pavement, one thigh-rubbing strut at a time. Listen to the infectious new song below. You will not regret the moment.

If you’re in Seattle, check out their upcoming album release show on October 19 at the legendary Neumos.

First of all, going by the name “Necklace” is the most amusing and original attempt I have seen in a good while. Most importantly, hearing a young artist in 2017 suggest that you do something other than recreational drugs is a unique experience within itself. Hey, even if he does, at least it is not blatant here. Which makes me want to hear more about/from the Copenhagen-based artist, Niklas Grool. His hair is to-die-for, and his voice complements the positive-pop backing instrumental.