Read feature
Song of the Day: “Manic State Park” by Envy on the Coast - GRUNGECAKE

Envy on the Coast returns and shares new track about beauty from their “Ritual” EP. 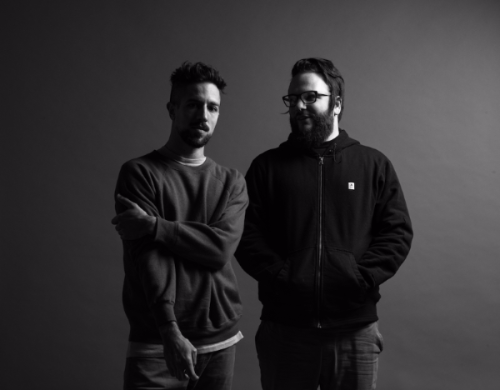 According to a press release I received, Envy on the Coast is a band from Long Island, New York. In their heyday, they toured with 30 Seconds to Mars, Underoath, Taking Back Sunday, and more. After a seven-year hiatus, the band is back with a new direction. The idea to get back together came after Ryan Hunter and Brian Byrne performed together at Ryan’s solo show.

Last week, Envy on the Coast announced that they joined forces with Equal Vision Records to release an EP on June 30. Ryan Hunter shared,

“When it came time to share news of new music and future plans, we sat down [with Francesca Caldara] and everything just made sense. This EP is a time capsule. It’s a page that was half finished, is now completed, and enables us to sleep at night knowing we can officially move forward. It’s both a farewell to some of the feelings and sounds that have been a part of us forever, as well as a tease and introduction to the path ahead.”

“Manic State Park” is co-produced by Mike Sapone, who worked with Taking Back Sunday and Brand New.

When asked about the inspiration behind the track he co-produced with Mike Sapone (Taking Back Sunday, Brand New) Hunter shared,

“The song was inspired by my initial realization that all that I love in this world is dying a slow death and that I was a part of the problem. It’s a rude awakening that marks the beginning of me changing my life to reduce my imprint on this earth. It was haunting to dig this song up and realize that its themes are more poignant now than back then. From the demo to the final master, the approach to the guitars changed drastically, we added a lot of analog synths, and we split up the vocals to add some duality and have both of our personalities on the track.”

You can pre-order Envy on the Coast’s forthcoming EP now on iTunes. Stream “Manic State Park” below.