Today, rising Nigerian artist Goya Menor and sensational Ghanaian producer Nektunez have released the official video for the viral hit ‘Ameno Amapiano Remix (You Wanna Bamba). Since its explosion stemming from Africa’s party time in December, everyone from Janet Jackson, Shaquille O’Neal, Winnie Harlow was seen dancing to the track. The first video received over five million views on YouTube daily hit over ten million streams on Spotify and reached #2 on the global Shazam charts. Triggered by TikTok creations, the remix had over three million creations and was watched over eight billion times.

If you are one of the few people who haven’t heard this monster track, you are in luck because the music video just came out. The synchronised dancing Kalin Brothers, featured in the new music video, have garnered over fifty-five million views to date. Check out the symbolic visual, shot in Lagos, Nigeria, below.

Nektunez is the United States-based Ghanaian producer, singer-songwriter, and composer who has spent years honing his signature sound while studying politics. Recently, he signed a deal with B1 Recordings. Regarding the signing, he says:

It was always my dream to work with Sony – especially with someone like Wolfgang Boss, who helped Kygo, among others, to break through, one of my musical idols. I’m looking forward to an exciting journey and sharing my music with the world. 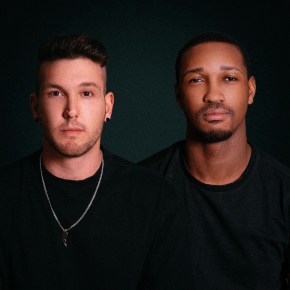