“It wasn’t easy, but the grind was great”.

One of Brooklyn’s most prominent Drill artists, Fivio Foreign, took to the AXL Beats-produced beat to reveal what life has been for him from his early grind to the present day. According to the Flatbush-bred artist, people said they made him, tried to break him, and openly hated and degraded him. In the present day, since his success, the same people tell others that he is their favourite, but he knows they are lying. It is a wishy-washy experience when you are as successful as Fivio Foreign, but it didn’t seem to stop him from trying to help others get on.

From other artists who say his name for clout in their songs and people trying to squash beef through group calls, Fivio Foreign knows better; he gives his listeners jewels to watch out for the people who constantly point out the wrong things.

For the record, if you want to be as hot as Fivio Foreign, you need to do more and work harder than he does.

Is it me, or is that DaniLeigh in the car with Fivio Foreign? It wouldn’t be far-fetched since the two recording artists have collaborated before on ‘Dominican Mami’. 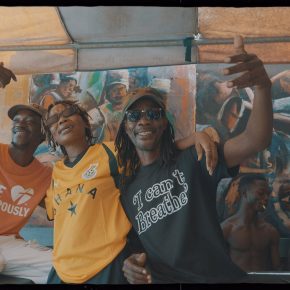