Blaine Cameron Johnson, also known as Cadet, was a British rapper, songwriter and record producer from South London. From the age of sixteen, he began appearing as part of the Gipset crew, a gang of aspiring lyricists based in Gipsy Hill, in South London where he was born. Their freestyles about gang life and living in London gained them a following on social media. After the crew’s disbandment in 2013, Cadet began to pursue his musical career more seriously, releasing a series of freestyles which gained millions in combined views. His EPs, ‘The Commitment’ released in 2016 and ‘The Commitment II’ released in 2018 both gained international attention. Cadet’s most recent single ‘Advice’, with Deno Driz, was released in October and peaked at number 14 in the charts. Unfortunately, the rising British rapper was killed in an early morning car crash in central England, on February 9. Since Cadet’s death, his family has released a freestyle and two of his singles posthumously.

His latest posthumous single ‘Support Me’, was recorded last year, and is accompanied by a twelve-minute short film. Lyrically, the song tells a story of wanting unconditional support from his partner, constantly asking for reassurance in different scenarios. The split-screen video depicts two different worlds: one where his love interest fulfills his needs for support, and a world in which her support is nonexistent. Support Me is the lead single on the rapper’s upcoming album The Rated Legend, which will be released next month. The album is set to feature fellow artists including Krept, Chip, and Tion Wayne. Rest in power, Cadet. 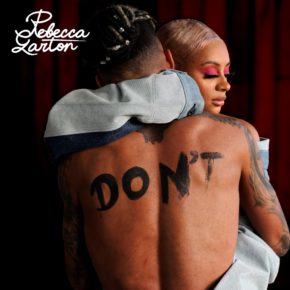