It appears Lancashire, England musical group Aquilo visited Los Angeles and had a bittersweet experience. Sent on a mission to write a hit record with his musical counterparts, it was not the easiest experience. Have you ever gone to a new city, and you didn’t have the best experience? Well, you may connect to its lyrics in a way that others couldn’t. The fact of the matter is, we don’t always have a good time, and it is okay to write about it.

The musical duo shared the following details about the inspiration behind the record:

We wrote this song after a writing trip in LA. Unfortunately, it was less fruitful than desired, and we left with literally nothing to show, explain Aquilo. LA holds a special place in our hearts, but this time it really got the better of us. We came home and decided to start a side project and leave Aquilo alone for a while. A week or so after we got home to the UK, we wrote this song. This song was the first of many to pull us into a new creative headspace. Friends convinced us the side project wasn’t a side project but the new Aquilo album. There is now a full album coming in October, and we’ve never been more excited and proud to bring something to life.

Because of the experience, the future of the band was uncertain. It was a close call, but the group are back together now and preparing to release the third album. Watch the pleasant lyric video for ‘Out in LA’ below to learn the words. Hopefully, on your next trip to LA, you won’t come back empty-handed like Aquilo. 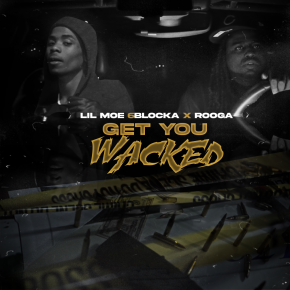