The GRAMMY Award-winning rapper and the NBA All-Star showcase their friendship and mutual admiration in Beats by Dre’s latest campaign.

One of Atlanta’s hottest artists, Lil Baby, released a song inspired by Ja Morant called ‘Dark Mode’. Both the track and the campaign play off Morant’s ethos around basketball, which can be summed up with “welcome to the dark.” While many want to bask in the spotlight, one’s work ultimately illuminates itself due to relentlessly honing their craft in the darkness.

Lil Baby’s track focuses on “going into dark mode”, a behaviour which has ultimately made Morant one of the most exciting players to watch in the league. The spot also visually reflects darkness, with both superstars appearing solely in monochromatic black and white throughout the video.

Ja has been one of my favourite players to watch. We’ve been locked in, said Lil Baby. This is not my first time partnering with Beats, but we took it up a notch with this original song. The world gets to experience ‘Dark Mode’ for the first time in a way that’s crazy!

The ninety-second video will air in Game 3 of the NBA Playoffs, during which Morant will be playing. Watch the video below starring the athlete and the young goat. 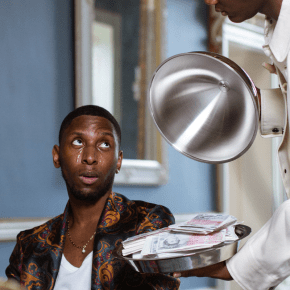