“It wasn’t weird for me as this wannabe tough guy to go to hairdressing school.”

Last week, I was pampered and treated like someone of unfeigned importance and because of it, my experience is unforgettable. It was my first time visiting an award-winning salon located in the heart of New York City and from what I’ve learned previously, this establishment has been around for approximately the number of years I’ve been alive. This place I am about to describe is momentous. I’ve been to many salons all around the city and trust me, there’s none quite like this.

Not only is it a friendly and professional environment for your beauty needs — figuratively, Angelo David Salon is the hub-and-spoke for style and customization, extensions and hair loss solutions. As you can probably imagine, it’s interior is really attractive too. Situated near Grand Central Terminal in Midtown Manhattan, this 2,800-square foot opulence reeks convenience and sophistication. Adding onto the notion of customization which is their speciality, I’ve witnessed a transformation reviewers speak so highly of. During my manicure, I watched Angelo (owner) match hair to a customer’s perfectly. I was blown away. I couldn’t tell the difference. Her hair was red and the wig Angelo made was the same colour and texture as his client’s. His expertise lies within custom alter. Whether it’s ready-made wigs or otherwise, he’s able to customize all extra hair to your needs. He creates lifestyle hair. It looks like it belongs to you. During our interview, he confidently referred to himself as “the Vera Wang of hair” and it’s true.

The salon is clean, sleek and classy. Celebrities, or high profile clients and women who want to feel fabulous, fill the private VIP rooms regularly, giving you the special care you deserve. There are four styling rooms where stylists perform most of their extension work for VIP clients. There are two private shampoo areas. There’s a colour area in the back, a wig room where they keep all of their hair and repair hair, a prep area, two waiting rooms, a front desk, and the consultation room where they make everyone’s dreams come true. Wig Makers, who are absolutely amazing, are on site; all hair is made by hand. I was in the Salon Area. As explained by Angelo, it’s the area where most of his stylists work, and if you’re not seeking a private room, you’re OK out in this area.

“Not bad”, I thought. After getting a manicure, a massage, my haircut and being treated to dinner, I had the pleasure of having one-to-one with the man of means, Angelo David. He’s a transformed man and you might find his story to be exciting, inspirational and informative. I did. 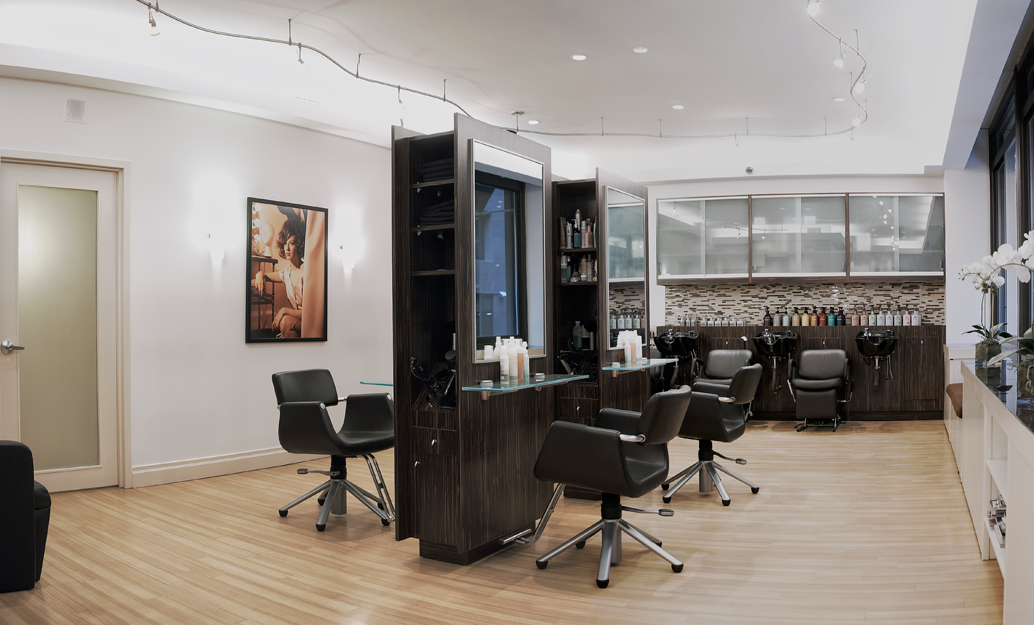 “When I was a kid, I was a troubled kid. I had a lot of learning disabilities. I had ADD, dyslexia — name it across the board. I was in boarding schools, military schools. I was in trouble with the law. I was just all over the place. When I got out of high school, after all that, I was involved in all crazy things: Drug use, this, that. I even carried a gun at one point. I was a bad boy. I was fighting. I was like a maniac. Crazy. Then, I decided to go to hairdressing school.”

Angelo decided to go to hairdressing school because his father was a barber. His uncle was a barber. His female cousins were hairdressers, and his father’s friends were barbers. Aside from being a major inspiration to his son, Angelo’s father did very well as a barber who specialized in hairpieces and wigs. From the 70s to the 90s, hairpieces were kind of “his thing”, said Angelo. “He found a niche in his business where men wanted a lot of hairpieces.”

When in school, he didn’t know what he was getting himself into but he recalls his first day of school “with 60 girls” and himself. It wasn’t a bad deal at all. Especially since he referred to himself as the “token straight guy”. It was the perfect gig for him.

“Moving forward, I really ended up finding my vocation through hair. I ended up falling in love with the business and taking it seriously. I really found myself embracing this amazing culture.”

He graduated and worked at a salon called VIP in Yonkers for a few years. Shortly after, his father decided to open up a hair salon slash hair replacement salon in Brooklyn. He ended up going out there. Someone else ran the business and Angelo worked as one of the stylists. Eventually, that evolved into Angelo wanted to open a salon in the heart of New York City. Over 25 years ago, his father helped him fund the first venue in New York City; located at Fifth Avenue.

In essence, he took the two cultures of the hair salon business and the hair restoration business to create a venue where women could feel comfortable getting their hair done, even if they needed extensions, wigs or hairpieces. Before his salon was opened, both worlds were apart.

“Back then when I first got into it, it was so taboo. People didn’t want to talk about it”, he recalls.

“No, who wanted to talk about it? The only people that wore hair were Black women or old women. That’s it. Not even men wanted to talk about it. Even with extensions, we didn’t go out to talk about it. It’s changed a lot because wigs and hairpieces and extensions are apart of our culture and our industry. We use it for editorial. We use it for runway. We use it when the women grace the red carpet, on covers of magazines. It became from runway to everyday wear. I found there’s a huge calling for that. Everyone’s suddenly now jumped on board with it. All the salons want to do it and they’re all doing it because they see it’s a big business. It’s huge, and I can guarantee 9 out of 10 women always want more hair. The fact is: There’s a huge percentage of women that have thin hair. It’s just a fact and the other percentage just wants more hair. Some women want to go from thin to thick or short to long. There’s a calling for it.”

In addition, Angelo taught me that the aging market is huge now because women are looking younger in their 50s and 60s, bodies are in shape, they’re eating well, they’re skin looks good, they’re getting their botox and cosmetic surgeries but for hair — There’s only so much you can do. 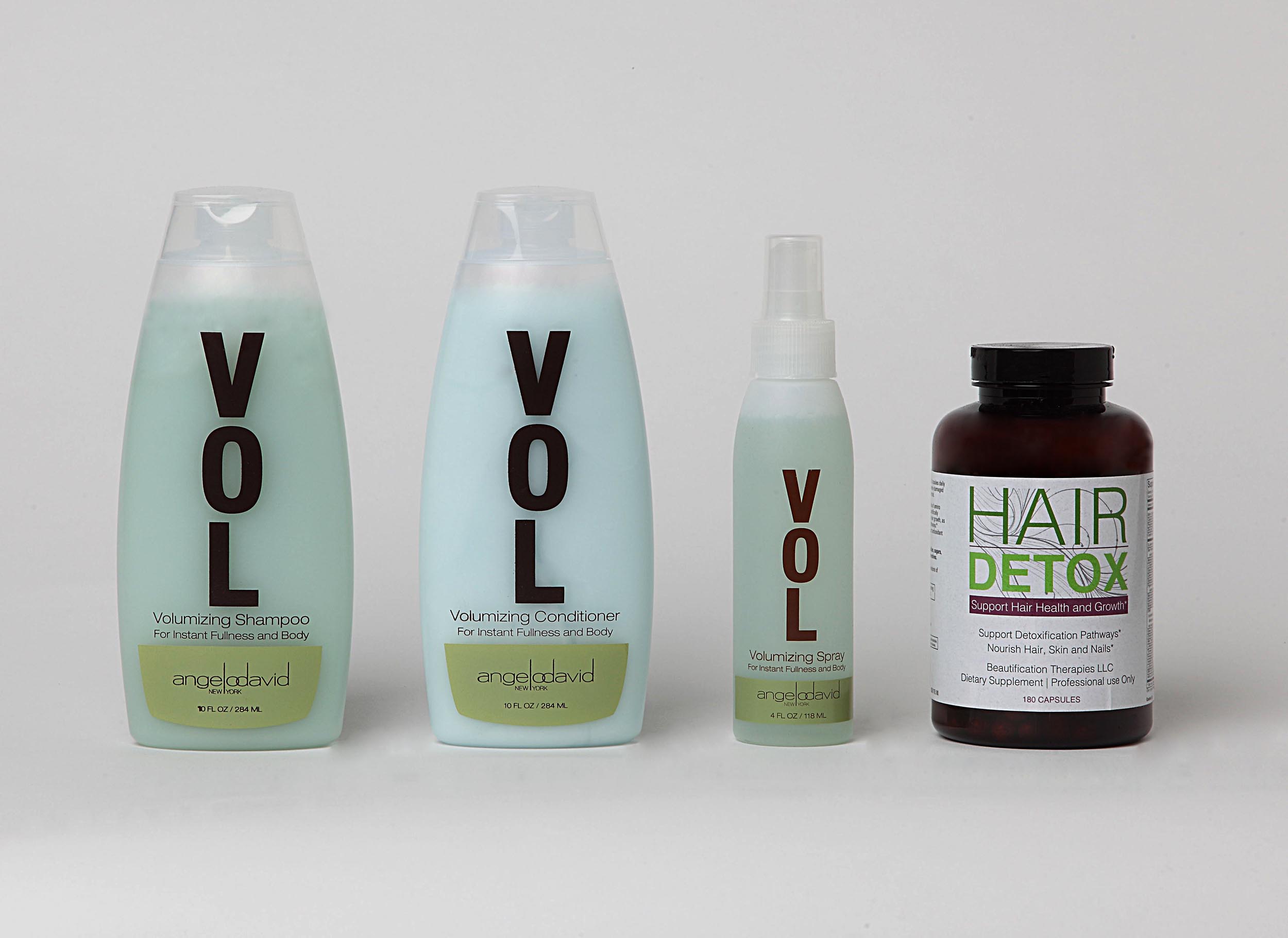 Today, he’s selling his new line that consists of a shampoo, a conditioner and a volumizing spray called “VOL”. You can use it on fine and textured hair. If you want to change your texture and add beach waves or curls to your hair, you’d use these products. Recently, Self Magazine awarded the product line as “Best Volumizing Conditioner”.

Angelo also has a new product called Hair Detox. It’s a supplement with Vitamin D3 that he’s been working on for years. It is specifically for hair, skin and nails. With this product, Angelo David has taken an approach that no one has ever taken before. He combined a formula for hair and detoxification and combined the two. There are over 20 different vital ingredients. Before it’s conception, so many people over the years would ask Angelo for hair advice. He would point them in the direction of his competitors. Now, he has his own product. 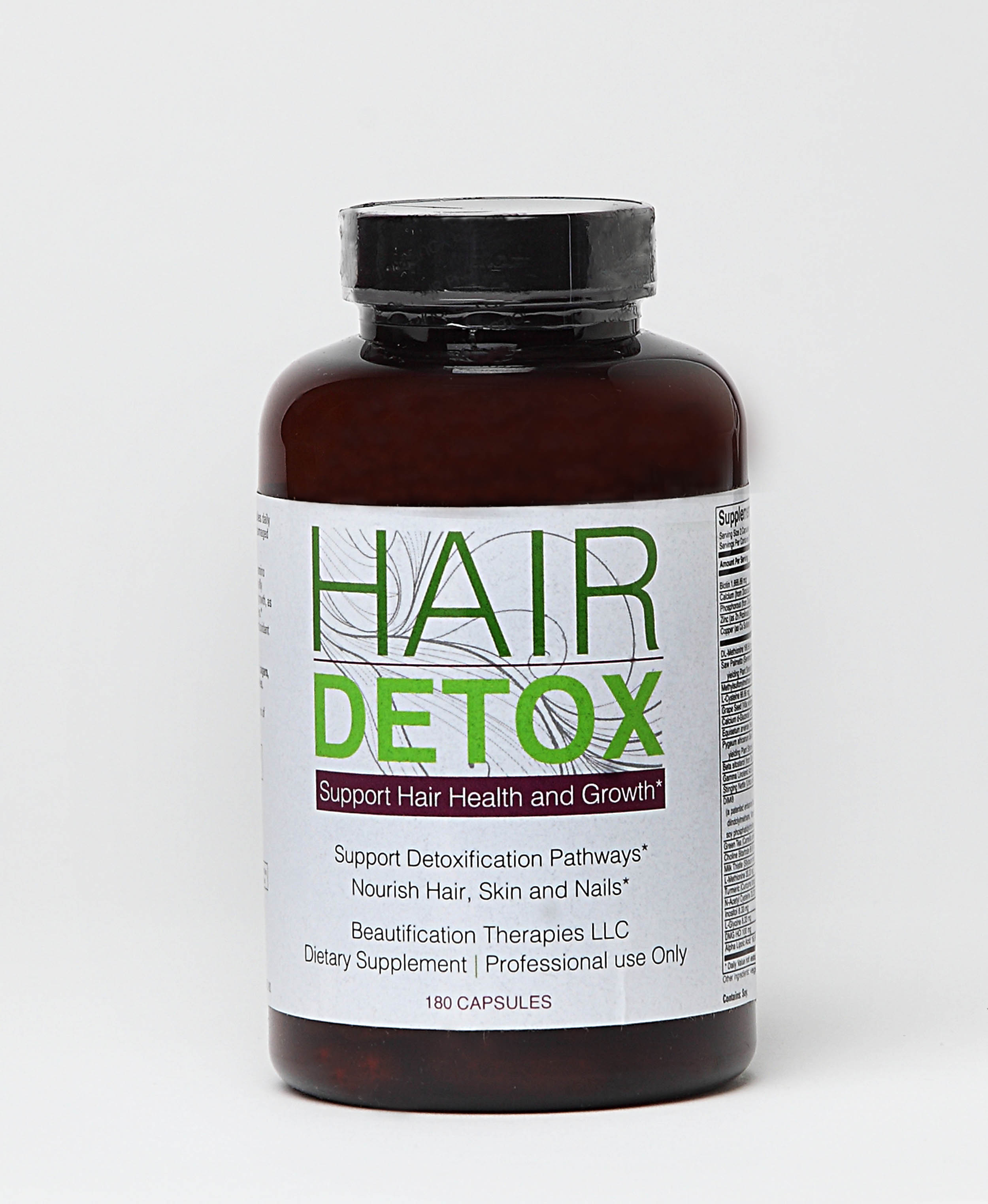 “I believe we live in a toxic world. We stress. We drink too much. We eat bad food. We over medicate ourselves and that to me, contributes to hair loss or thin hair. I came up with [this] Hair Detox because there’s a need for it. It’s a huge market out there. There are millions and millions of women with thinning hair, fine hair or not enough hair, and everyone wants to take something for their hair. There’s a big venue for it. If we’re toxic, the supplements are not going to work that well.”

Hair Detox has been around since November 2013; it’s undergoing its second release. Be on the lookout for it at the salon. If you want to be treated and pampered like a celebrity, make an appointment today.

For all contact information, kindly visit this link: angelodavid.com