Towards the end of October, Indian rapper Badshah released the official video for ‘Jugnu’. The song’s lyrics describe an attachment so deep that he has difficulty breathing when she’s away. He is crazy about her, and he does not see a way out of his emotions. Before she was in his life, his world was filled with darkness. The love of his life “brought a new spark of light” to his life.

Why am I so elated?

Why do I give you so much attention?

Badshah asks the questions with uncertainty, but he is also on cloud nine, and he says it in every line.

Even clouds appear to me heart-shaped.

Wherever I go happiness follows me.

Like most records today, ‘Jungnu’ has a dance challenge. It is a fairly easy dance to emulate by wiggling your body side to side and waving your hands in a similar motion. Currently, the dance challenge has over 5.6 million views on TikTok.

Watch the music video with English subtitles below. The Mahi Sandhu and Joban Sandhu-direction have cameos from Badshah’s fellow singer Nikhita Gandhi and actress-model Akanksha Sharma. 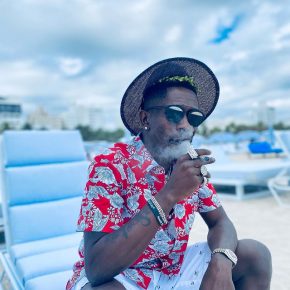