As the announcement makes way worldwide, Wale helps build anticipation for his forthcoming album by posting a before and after photo of him and his friend/collaborator J Cole. Both guys talk about their relationships with women, and their looks, a repurposed version of Q-Tip’s ‘Vivrant Thing’ and cadence references from the 1999 club banger. Wale’s seventh album ‘Folarin II’ comes out October 22.

In the meantime, let’s listen to his latest J Cole-assisted single, ‘Poke It Out’ below. 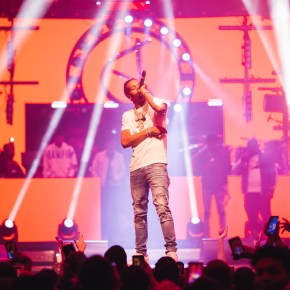