Last month, when we were in Houston, Texas, we met up with Houston-based music producer SGT J, credited for creating DeSoto, Texas-native rapper Erica Banks‘ hit record ‘Buss It‘. When we walked into the studio, J was in the middle of mixing a record. We weren’t sure what it was, but we knew whoever it was, was coming hard with her verses detailing explicit happenings with a man who has a lot of baggage. He schooled us on who she is in between playback moments and what’s coming. The track implements the Nawlins Bounce sound popularised by pioneering artists like DJ Jubilee, Partners-N-Crime, Magnolia Shorty, and Big Freedia. If you like music from the Deep South, you’re in for a good time.

If you aren’t familiar with the young rapper, Treety hails from the 7th Ward area of New Orleans. It is the third-largest ward out of seventeen. The first lady of No Limit Records/Mother of Southern Gangsta Rap, Mia X, and legendary rapper-producer Mannie Fresh are from the area. In the video, young women are twerking and having fun in what appears to be an intimate studio setting.

Without further ado, have a look at the primarily blue-tinged music video for ‘Casa Blanco’ below. It is from her latest EP titled ‘Missed Calls‘. 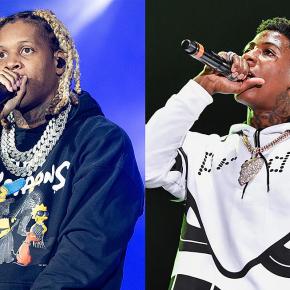