Nigerian Pop star, Ric Hassani, scored himself a placement in David Oyelowo’s debut movie ‘The Water Man’, set to premiere on May 7

‘The Water Man’ movie, written by Emily A Needell is about “a boy who sets out on a quest to save his ill mother by searching for a mythic figure said to have magical healing powers” ¹. This Oprah Winfrey co-produced movie is currently receiving a lot of attention being David Oyelowo’s directorial debut featuring himself and other actors such as Rosario Dawson, Maria Bello, and Alfred Molina.

Oyelowo’s fans are not the only one’s celebrating about the release of this blockbuster movie, thirty-two-year-old Nigerian Pop artist Ric Hassani has revealed to GRUNGECAKE how two of his musical works, ‘Sweet Mother’ and ‘One Two One Two’, ended up as soundtracks in the upcoming movie, which also has fans excited about the movie. The film is set for release on May 7, 2021.

My first contact with David Oyelowo was about three years ago on Instagram when he engaged with some of my contents and we started talking in the DM and thats how we got acquainted, so when he was putting together his movie, He (David Oyelowo) reached out to me for some of my music that could be used as a soundtrack for the movie and that was how ‘Sweet Mother’ and ‘One Two One Two’ got selected”—the multi-award winning artist told GRUNGECAKE.

Ric Hassani became a trending sensation on the internet after release of his controversial single ‘Thunder Fire You’ and is currently on a tour in the United States. 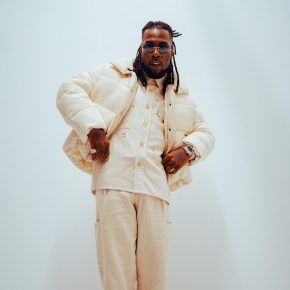