Paul Wall tells Apple Music about his latest album ‘Hall of Fame Hustler’, stepping away from the mainstream, advice to new artists, and more

Paul Wall joins Ebro Darden on Apple Music 1 to discuss his latest album ‘Hall of Fame Hustler’ and shares the stories behind some of his biggest hits. He tells Apple Music about taking a step back from the mainstream Hip-Hop scene, album sequencing, advice to new artists, the importance of keeping your grills clean, and more.

Video | Paul Wall tells Apple Music about his latest album ‘Hall of Fame Hustler’, stepping away from the mainstream, advice to new artists, and more

I been releasing music non-stop, but I took a step back away from the mainstream, back to the underground where I love it, where I’m comfortable, where I fell In love with hip-hop, what gave me the passion to make music… That’s what it’s about for me, it wasn’t about money or sales, or being on the cover of this or that, it’s about the culture… What handed me the torch to hold for a little while, and then I passed it onto somebody else.

I struggle with putting too many songs, because I made a lot of songs to choose from, you know? You got to kinda narrow it down, and at what point is it like too few, and then at what point is it too many? I got with my boy T Farris. T Farris man, he’s perfect at this, like putting the songs in order, or picking and choosing, and he put ’em in order and was like, “use these, don’t use these.”

What made me fall in love with all of this was listening and watching Lil’ Keke, Slim Thug, Z-Ro, watching them do they thing. So for me to be able to do that now, this is literally my dream come true, and man I really encourage any up and coming artists out there to really think hard about what you want out of this game… A lot of people look at it like it’s a lick, like they just here to run they mouth and make some sales and do something and then they onto something else. They don’t really treat it like it’s a profession, or treat it with the delicacy of… Like it can all be gone like this (snaps fingers)… What made me want to do this was just the culture, the culture I grew up in that I fell in love with, the way they represented and they was seen as like, the leaders of our community, you know what I’m saying? Not necessarily the political leaders, but the cultural leaders, and that’s what I always wanted to do, to be able to give back to my community, to serve my community as well, maybe mentor, help other people do the same thing and then do the type of music I wanna make, the kinda art I wanna make. Now it gets a little difficult because… There’s different reasons why we all doing it. Of course we wanna be successful and make money this and that, but off top the most successful music that’s either going to sell the most, or get the most streaming, or radio play, or any of those type of things might not necessarily be the same type of music that holds the most integrity to who I am as a artist, or the type of music I want to make, or that I want to listen to… Now there’s a compromise we could come to, but when you sign to a label, any label, whether it’s independent or major, when you sign to somebody they got a bottom line, they trying to make money. They want to make the most money they can make out of you and then they onto the next one. It’s all business, and theres no love lost at all in that, but you gotta know that going into it. Because it can change who you are as an artist, and then you’ll forget who you are, and then the fans who fell in love with you, especially if you came from the underground they gonna be like, ”man what is this new artist, this is not who we fell in love with.”

Yeah man, it’s a lot of upkeep man, don’t blame your bad hygiene on the grills. If you got bad hygiene… You going to have it with or without the grills. Gettin grills is not a replacement for brushing your teeth, using mouthwash, flossing multiple times a day. If people would have their grills in, they’ll smoke with them, drink coffee with them, drink soda, drink alcohol with them… eat all kinda foods with them and never brush em, never brush they teeth, go for a few weeks, and then be like “Yeah man, them grills got my breath stinking.” Nah man, clean your teeth! 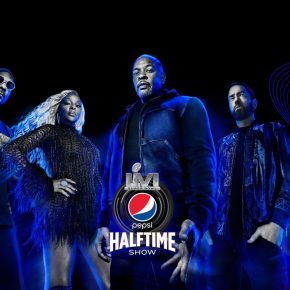