Yesterday, Omar Apollo, a remarkable artist who displays his sexual fluidity in song, released the official music video for his heartfelt song ‘Evergreen (You Didn’t Deserve Me At All)’. The song is short, as far as the lyrics go, but it is packed with depth, emotions, and selflessness. The twenty-five-year-old gets to the point, with a line of questioning, asking his lover if he wasn’t what he wanted. That very question tore him to pieces, leaving him with tears on his face. Unfortunately, the devastation from their relationship made him hate himself, and he found himself competing with a woman (or a person who identified as “she”) for his love. It is one thing to know how special you are, and it’s another thing for you to let another human being determine your value.

The song comes from the artist’s wildly acclaimed new album ‘Ivory’, which is said to have taken his songwriting to the next level.

Omar Apollo was nominated for Best New Artist at the 64th Annual GRAMMYs and is touring the United States with Ravyn Lenae. Below is the official music video shot for ‘Evergreen (You Didn’t Deserve Me At All)’ directed by Rubberband.

Evergreen (You Didn't Deserve Me At All)Omar Apollo 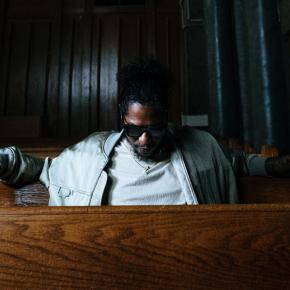