#5NewVideos To Get You Through The Week: 22 (Ken the Man, Ray BLK) – GRUNGECAKE  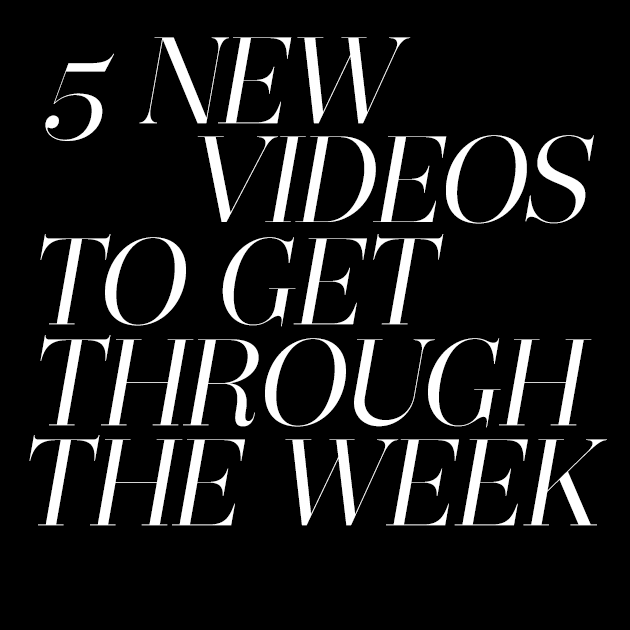 Known for her unmatched songwriting skills in the music industry, Liana Bank$ continues to wow the music connoisseur in me. Often brash or direct and sensual, the singer-songwriter from my hometown works her pen to release a song about being present and later, disappearing. Her voice is raspy yet sweet, and “Ghost” is constructed to make anyone dance upon hearing it. Watch the fun-spirited new video for “Ghost” now. It’s the lead single from her forthcoming sophomore project, Apt 210. The direction is by Zach Stone.

When in Houston, we connected with a lot of people. Some were artists. Others were hosts or media personnel. In the Target parking lot across from our apartment building, was a friend of Ken the Man, a sizzling new artist from the area. As polished as a lot of others that I met in the city, Ken the Man is commercial-ready. Whenever I’ve played her music for power players, they’ve unequivocally compared her to Nicki Minaj. I think she’s one of the only women who can compete with one the world’s biggest artists. Watch the video for the relatable track, “Deserve.”

In the Spring, I learned about K.I.D through social media. Attracted to their marketing campaign, I invested time into their 4-track EP: Poster Child. I like all of the tracks, but “Boy” and “Taker” are the standouts. Watch the video for “Taker” now. If you like technology, or you are obsessed with virtual reality, you’ll be able to relate. Lastly, the band’s website is badass.

Visually, you wouldn’t know what to expect from Leikeli47. If you ask me, she tends to pick up where Missy Elliott left off without the outlandish video direction and classic choreography. The New York-based artist’s melodies are fun. However, to push through, she might have to include more bounce or some of the usual antics that seem to work for other pop artists. Leikeli47 plays AFROPUNK and Bumbershoot this year.

Slow and steady wins the race. British bombshell Ray BLK sings and raps as smooth as the skin on her face. As the words of “Patience” cut deep, I think the concept of shooting the video at a hair salon is smart. It’s where most people are most comfortable talking about hard topics or harsh truths.