Intimacy is the name of the game.

It’s been a year plus since some of us have been comfortable with being intimate in real life. The global health crisis claimed the lives of millions of people worldwide, leaving us to mourn our loved ones, providers, and life partners in what felt like a blink of an eye. A heartbreaking reality that some of us have to live with for the rest of our lives. From some people having to isolate, separately, from loved ones and watching a family member die through an LCD screen, right now, it is hard to tell what the effects will be on us during the abrupt changes, but we are trying.

Music helped to keep me sane and motivated me to make it to the finish line. Before the world stopped, I lived purposefully, but the stillness made me refocus and execute in a way I’ve never done before. I don’t know where we are in terms of a post-coronavirus world, but songs like June3rd’s ‘Ruff Ryder’ make me think about the times we were all together, liking and loving each other. Have you seen the statistics of couples that have split during the lockdown? According to a BBC article written in 2020, “Leading British law firm Stewarts logged a 122% increase in enquiries between July and October, compared with the same period last year.” But now comes ‘Ruff Ryder’, and it is not about social distancing. It’s about high-level intimacy and making love, the hot and wet kind.

Today exclusively on GRUNGECAKE.com, June3rd—yes, that’s his name, and it is also today’s date—releases a single from his debut project titled ‘Jemeni’. Inspired by most genre-blending legends from the early 00s like Chris Brown, Kanye West, and 50 Cent, he also emits potential classics like them and isn’t shy to praise and credit his predecessors. In 2015, the Kissimmee, Florida-born artist, moved to Los Angeles, where he started writing for GRAMMY award-winning artist Eric Bellinger’s studio. If you’re wondering where his name comes from, it is a homage to his late grandfather—nicknamed June.

Regarding the record, June3rd shares:

Ruff Ryder has a chill vibe to it; it’ll put you in a nice mood and have you feeling like you’re experiencing something refreshing. You just gotta sit back and catch the perfect vibe around good weather and people when you rock to this. “As soon as I heard the record, I knew the second verse needed someone with a unique voice to balance the track out and give it warmth. Fridayy was the first to come to mind, so we linked up and the rest is history.

He continued about what DMX means to him as an artist and an individual:

DMX is someone I grew up on and is truly one of the greats that inspired many, like myself, in and outside of music. Ruff Ryder was done almost a year before his passing, so it really hits different for me now. Studying his craft inspired me to find my own delivery and embrace the way I’m blunt and straight to the point in my music. LONG LIVE KING DMX.

Since COVID-19 restrictions and lockdowns are letting up in most big cities, more people are dating again and trying to get back to normalcy. ‘Ruff Ryder’ might be part of the soundtrack for some new lovebirds this Summer. And as far as the title of the song goes, I think DMX would have enjoyed hearing his influence. June3rd counts the late musical icon as one of his biggest influences, so much that he mentioned him in his interview with Billboard in 2017. We miss him daily. Check out the Fridayy-featured smooth Hip-Hop/R&B track produced by Dream Addix down below. 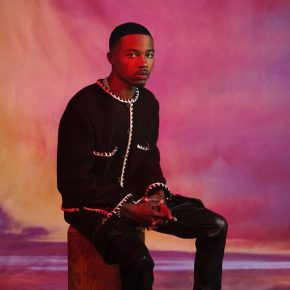