Ghanaian singer Gyakie is this week’s cover star, and joins Cuppy via FaceTime on Apple Music 1 to talk about her latest track, ‘Forever’ (Remix) featuring Omah Lay. She also discusses juggling her music career with life as a student; her collaborations with fellow artists Stonebwoy and Efya—and who she wants to work with next.

South African singer Tyla and DJ and producer Kooldrink are the latest Africa Rising cover stars, a campaign which shines a light on the next generation of African superstars.

South African entrepreneur and the founding director of FNB Art Joburg, Mandla Sibeko, shares his favourite proverb: “To work out the road ahead, you have to ask the people ahead”—a lesson on the value of mentorship.

Tune in and listen to the full episode this Sunday, March 28 at 2PM Lagos/London / 3PM Johannesburg/Paris / 6AM LA / 9AM NYC on Apple Music 1

Gyakie on why Omah Lay was on the ‘Forever’ Remix

Omah Lay is a very, very talented guy when it comes to melodies, lyrics, the way he flows on the beat. My manager and I felt Omah Lay was going to be the best fit. And guess what? We sent Omah Lay the song, he recorded his verse. Apparently, he actually put a fun fact on Twitter that he actually had the verse written down even before I sent him the song. And so he was there ready to see if we’re going to cover and then get the verse. And so when we sent him the song, he recorded his part, in about two hours he sent it back to us. So when I came to Nigeria, we met up with his team. So we shot a video for the remix, which is also coming very soon. Super, super, super video.

Cuppy: I have to say as someone that understands you and appreciates and respects your artistry, you took on Twitter to explain yourself and I think people misunderstood your tweet. What did you really mean?

Gyakie: So apparently as I was talking about the fact that the song that I make is for people that connect with me… But I think some people read different meanings into which, you know – this life that we’re in, everybody has opinions. Probably somebody also read a tweet in a certain tone. And so some people understood it differently. Others also understood it from my perspective. But at the end of the day, I sent an apology to anybody that felt bad about the tweet. It was all love and so everything has died down.

Cuppy: Everyone will be all right. You know what? Next time, Gyakie, sing it, maybe that will make them know the tone.

Gyakie: I would sing that because I have to sing it so they’ll know that I’m not here to fight with you people.

Gyakie on recent and potential collaborations with Ghanaian artists

I would love to work with almost all of them, but I’ve been in the studio with Stonebwoy. Yeah. I have a song, too, with Efya. In the beginning, those are the people that I really wanted to work with and then, God being so good, it actually happened. Yeah. But aside that, Sarkodie, Samimi, I love to work with Payday, R2Bees.

My late grandmother often used to tell us that… She used to use this proverb called [foreign language], meaning that you can only really find out about the road ahead through the people who’ve already been there. 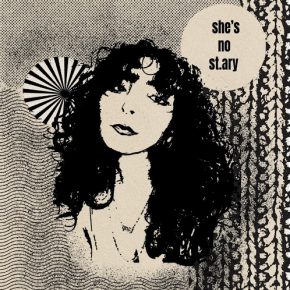 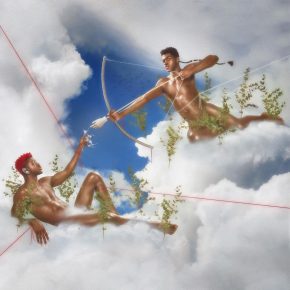