Warning: Do not watch this Die Antwoord video with anyone around. Just watch it by yourself. We’re not sure how old you should be because there’s a f-cked up ending waiting to happen. (All puns intended.) 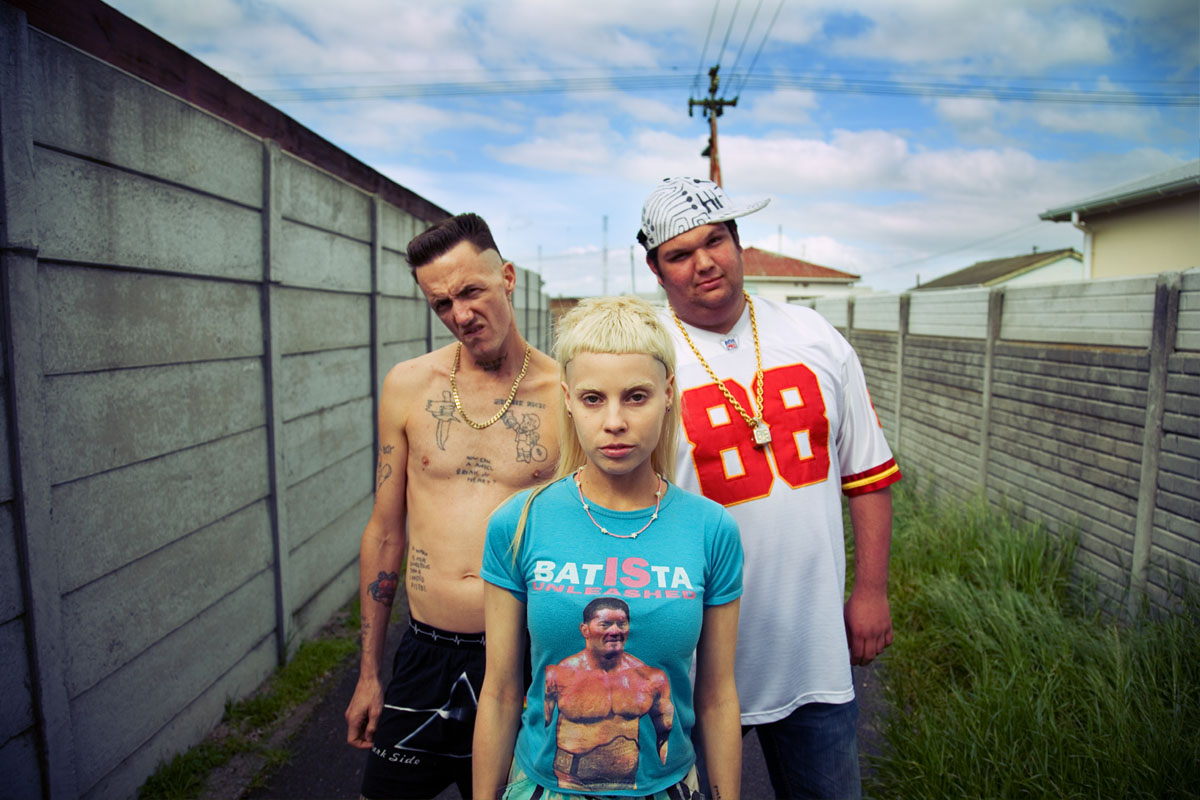 I’m no saint nor am I looking for one to stand in for me and protest against the unnerving messages planted in this high production video but, what I will say is, there’s a consequential fine line between what’s sanctioned as artistic freedom and what’s considerably screaming: I-am-an-act of-desperation-and-I-lack-substantial-ideas-that-will-preserve-my-relevance to its audience.

There once was a girl
Who had a crush on a bad, bad boy
And when that bad boy got out of prison
That little girl’s ass was is in big, big trouble

*Kindly keep in mind that that is what’s said before the song begins:

Suitably and funnily so, Die Antwoord translates to “The Answer” from Afrikaans, a Germanic language spoken in South Africa and other African countries, released a statutory rape-tastic music video via Noisey (a Vice subsidiary) for “Cookie Thumper” which depicts the Zef rap star Yo-Landi Vi$$er as a barefoot, palpable troubled child orphan who performs drug-induced dances and soon after, f*cks her tatted and toothless drug dealer named Anies who happens to be fresh out of jail. It happens at the very end of the video, near his couch. Beware.

In proper “fresh” or “fast” girl fashion, Yo-Landi Vi$$er raps “I’m a big girl now” and pees on the staircase shortly after being beaten on the buttocks for fighting in dining quarters — what a mean contradiction. Much like teenage girls in America, who tend to think they are “grown,” seem to find themselves ’round jailbirds who also like it from the back and the back only. Whilst this may be a tricky topic and not a popular perspective, I must say Yo-Landi Vi$$er portrays it perfectly. From singing her dealer’s name in the hook and mentioning sexually charged things just let’s us know that she wants it as bad as he does. Unfortunate but, often true. It’s a harsh reality and it is going on — somewhere — right now as you read. Will this video stop it or bring guilt to those who participate? I don’t know.

Quite frankly, being on the up-and-up about Die Antwoord has never been of interest but one of my readers requested otherwise. Whilst the others call it “weird” and “cool” and champion Yo-Landi Vi$$er’s “perfect body”, I question the integrity and the future of the music video and the music industry and above all else — the people watching it and the people making it.

Just as Die Antwoord might be offensive or racist upon first view, they’ve described their work as a “documentary fiction” and an “exaggerated experience” designed for shock value. If shock value is their aim, sh*t, they’ve got us where they need us. If it is not, and it is a façade, we will find out sooner than later.

In conclusion, if we, the tastemakers and companies in the position of power, continue to allow anything to fly without thoroughly critiquing it — music videos or otherwise — no tears should fall in the future.