Hailing from the Republic of Côte d’Ivoire in West Africa, Bello Falcao is a fast-rising talent garnering substantial attention from African music fans on TikTok. To date, the ‘Dibango Dibanga’ challenge has over two million views, and users frequently upload new videos of themselves dancing to the exciting track. In May, the French-speaking artist released the official video for his popular tune ‘Dibango Dibanga’. Since its release, it has been added to Spotify’s ‘Coupé Décalé’ editorial playlist covering African dance party music from Paris to Abidjan. Aside from Coupé Décalé, some other popular music genres from the region are Zoblazo (“cosmopolitan popular dance music with simple uptempo rhythm and high tech instrumentation and contains a mixture of traditional dance rhythms from southern Côte d’Ivoire”) and Zouglou (“dance-oriented style of music originated from Ivory Coast during the mid-1990s”). In the visual, the young artist with one song across streaming platforms appears and performs the hook from his seat in a softly-lit room filled with an assortment of women. Next, trained dancers join him to show us how to flex on the dancefloor when this record comes on.

As we all learn about music from the region together, let’s support this by watching the music video directed by Golden Mark below. Then, please share it with someone else. It currently has 9.4 million views. 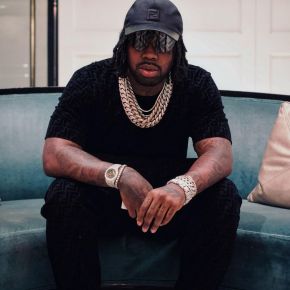