Mavin Records’ rising star Ayra Starr takes us back to the golden era of African movies with her Nollywood inspired music video dubbed ‘Beggie Beggie’. This banger features the chart-topping singer CKay. The aesthetics of the music video screams Nollywood, from the colourful fashion choice, sliding cellphones, to the hairstyles. The visuals were directed by Director K, a renowned film figure in the Afrobeats scene. Intentionally set at a house party, the music video portrays a story of young lovers dealing with infidelity. We catch sight of Arya Starr seeing her love interest amid other ladies and how she drags the fellow through the dirt, literally. Dramatic!

Ayra Starr released her debut album, 19 & Dangerous, in August last year, and since then, she has earned a MOBO Award nomination and many more notable mentions. She is geared up to join the Jamaican songstress, Koffee, when she sets off for her North American tour (with Duke Concept) this April. 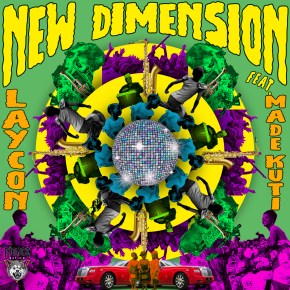