GRAMMY Award-winning and Academy award nominated artist, actress, producer and entrepreneur Mary J Blige will host a performance for one-night-only to celebrate her life and music that will be available to stream exclusively on Apple Music in over 165 countries on July 27 at 7:00 PM PST. Blige’s performance at New York City’s historic United Palace will feature a career-spanning setlist and reflections from her unparalleled career in music.

Blige will be the latest artist to take the stage for Apple Music Live, the exclusive live performance series on Apple Music giving the biggest stars in music a global platform to connect with audiences around the world.

The last year of my career in particular has been an exciting ride, said Mary J Blige. From continuing to act, to recording and releasing my 15th studio album, growing and expanding different businesses like Sun Goddess and Sister Love Jewelry, to performing at the Super Bowl, launching my Strength of a Woman Festival and Summit and now getting ready to go back on tour, it feels amazing to take this opportunity to celebrate, reflect and have an intimate night with my fans through this platform Apple Music is providing me.

Apple Music is inviting Mary J Blige fans in the greater New York region the opportunity to register for free for a chance to be in the room as the influential artist takes the stage for this can’t miss one-off performance. Fans can register to attend.

In anticipation of her exclusive Apple Music Live performance and to mark the thirtieth anniversary of her landmark debut album ‘What’s the 411?’, on July 27 Apple Music Hits will devote the entire day to all things Mary, including exclusive programming, music, and interviews showcasing the key moments from her legendary catalog and career. Tune in all day.

Mary J Blige reached new heights on Apple Music in 2022, with the release of her fifteenth studio album, ‘Good Morning Gorgeous’, and her performance in the Super Bowl LVI halftime show. The week following the halftime performance was her biggest week in Apple Music history, with 325% more streams than she saw the same week in 2021. Blige’s saw songs new and old have reached the Daily Top 100 in countries worldwide. “Family Affair” hit the Daily Top 100 in a number of countries, including the US, Canada, Norway, and Denmark. All told, Mary J Blige has hit the Daily Top 100 in 38 countries, and her music has been featured across many major editorial playlists on Apple Music, including R&B Now, ’90s Hits Essentials, Brown Sugar, and more. Blige is also a frequent guest on the Zane Lowe Show and Ebro show on Apple Music 1 where she regularly shares new music and connects with her fans around the world. 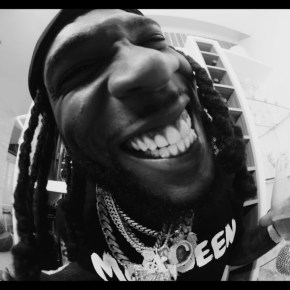