Alicia Keys joins Zane Lowe on Apple Music 1 to discuss her new song ‘LALA (Unlocked)’ featuring Swae Lee. She tells Apple Music about collaborating with Swae and why his “vibe is go genuine” and previews her forthcoming music (“…there’s a confidence… there’s a swag…there’s an energy…there’s a feeling of just complete comfortable in my skin”). She also explains why her husband Swizz Beatz is her conscience, what she loves about Kehlani, her forthcoming graphic novel, prioritising self-care, and more.

First of all, I love Swae. Swae is such a bright energy. He’s the real deal. He’s so authentic and for real. You know how you meet a lot of people and it’s different vibes, but his vibe is so genuine. His energy and how we just wrote the song. It just felt so, it’s just like it’s tumbling from, I don’t know where it came from. …And so, but what I love about it is it’s so unexpected because you might see Swae featured on my record and you might expect something, or you might not expect something. I’m not sure what people expect, but what I love about it is I personally feel like you never heard Swae like this before.

…just the sonic of the record, which was produced by me and Mike Will, by the way, is this culture clash of these sonics and vibes. So, you right, it does have the smoky or the Curtis or the Marvin or the whoever, but it’s mixed with the grr. I love it.

I got to say, I do feel like this music that’s coming is very much like, I know my lane and I’ma drive in it. That’s the vibe of this music. There’s a confidence. There’s a swag. There’s an energy. There’s a feeling of just complete comfortable in my skin. I do think that Alicia, my record before, gave me a lot of room to get out a lot of things that I’ve been dealing with, toying with, figuring out, understanding. And now, it’s like I’m just in my skin, yes. And so, there is this space. There is this letting go. And the main thing about this next music, there’s a certain desire to completely be the highest vision possible. And the giant is out. I mean, man, this is a taste. Wait until you hear the rest. There’s a very specific thing that’s happening. The vision is tremendously clear and it is something that I can’t wait to tell you. And the way that it all goes together is something that is, for me, makes this one of the most exciting projects I ever did, ever. It’s definitely the best one I ever did yet. It for sure has the most clarity, and it a million percent, the perspective that it holds is special. So, I’m sorry I can’t tell you today.

There’s definitely been times I just be like, he’s so genius. He’s so effortlessly genius because it’s really in his spirit, he understands things in a way that nobody else knows. I literally call him my conscience. I’ll be like, let me check, hold up. I’ll be right, let me check in with my conscience. Babe? This is what I’m thinking. Is this feeling like it’s the right… He’s like, hmm, let me think about it, I’ll call you back. He’ll call me back and I’ll have a whole well-thought out… It’s just, he got it. He gets it. It’s so good. Nah, he’s so special. And everything he does is from the most purest place. He never does anything except the right reason, the thing that feels right. And for him as an artist and for him as a person who supports other artists, it’s always about what can be created for the artist community.

Alicia Keys tells Apple Music what she loves about Kehlani

…that’s one of the things that I find to be most interesting about her. I feel her on this path of, first of all, just 100% her-ness and being who she is completely. And there’s nothing more inspiring than seeing people who are not afraid to be themselves. I know that it’s just hard, because how do you find yourself? Who is yourself? How do I become myself? She’s a bright, incredible spirit. She’s literally unstoppable. She doesn’t have any ceilings. She’s going to do everything. I mean, she’s already doing everything. She’s literally just breaking all the rules. I love her. I’m super excited about just everything she’s up to because she got some freshness dropping soon, too. So, listen, things are happening.

Now, the graphic novel for ‘Girl On Fire’ is about to be crazy. It is so powerful. The main girl, her name is Lolo and she’s from Brooklyn. And she grew up just like how we all grew up. And she has powers inside of her that she never even imagined, and what she’s able to do, she surprises herself and she scares herself because we all have power that’s scary. And so, she’s getting to learn what is this power and how can I use it? And it’s sick, it’s gorgeous. The art is stunning. And the story is really, really fire. So, that’s coming. That’s coming, but I’m excited about it…

The expansion and the ability to be able to express in all these different ways feels so good. And with Keys Soulcare, which is really about an idea of ritual and instilling ritual in our lives on a day-to-day basis. So, we started with skincare. We just moved into body care, and there’ll be many other offerings. I call them offerings because there’s an offering to invite yourself to this idea of taking care of yourself, for men and women, by the way, is so we forget, we run in, we out here, we trying, we grinding, we’re hustling. We’re trying to find where we’re going. We’re looking for a purpose. We’re looking for ourselves, we’re looking for our kindred spirits. We’re looking, we’re looking, we’re looking. And we forget to turn inside and find everything that you need in there. So, Keys Soulcare is amazing. The response has been out of this world. People really are feeling the same way, and who would have known that, off of the heels of our world turning upside down and everything happening constantly kind of, I think feeling so hard for us to deal with, just trying to figure out where do we fit in, in the mayhem of the planet, this idea of soul care. We have nail care, we have haircare, we have skincare, but where’s the soul care?

I realised that this conversation was so prevalent right around the Here record, which is one of my favourite records ever. It was the beginning of me shedding a skin that was on me for a long time. And so, I started to physically actually shed, I shed in so many ways and I took off a lot of layers that was covering me up. And as I started to take off those layers, people would start to ask me, what are you doing? You’re glowing. There’s a vibe about you. And honestly, it was really just because I started to actually care about myself enough to pay attention, really, to my wholeness. And I would extract things from my world that was just not good for me. You know it’s not good, but you make all the excuses about why. And they don’t mean it. It’s like, no, you’re a piece of shit. You got to go. And that’s it. So, it’s like, finally, when you value yourself enough to say, I deserve people that are good in my zone, you start to go. And so, when people were asking me, that’s when I started to realize, man, there’s a conversation here. And there’s a conversation about how to choose yourself and not feel guilty about it. You can feel good about being good to yourself. 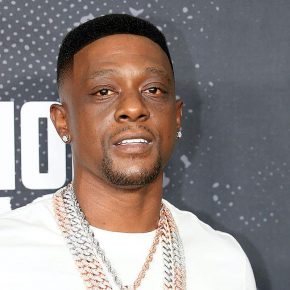