Yungeen Ace, a young rapper with unique hair, addressed his opps on his latest release, ‘Opp Boyz’. The twenty-three-year-old performs the lyrics in a parking lot whilst his friends ride around in the distance. He wants to put his city (Jacksonville, Florida) on the map. If he continues to rack up the video views (‘All In All’) he’s been able to get and appear on viral songs like Spinabenz’s ‘Who I Smoke’, he may achieve his goal. Watch the visual below from his forthcoming debut album ‘Life of Betrayal 2x’. It comes as a follow-up to his lead single, ‘Gun Em Down’, which did well on YouTube with 1.5 million views to date. If you aren’t familiar with Yungeen Ace, and you like what you hear, check out his previous project ‘Don Dada’. The only feature on the project is the late King Von. 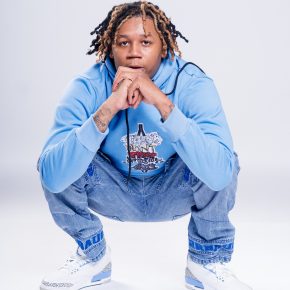