GRAMMY-winning singer, of Nigerian origin, Wizkid has announced his ‘Made in Lagos’ tour dates for North America. The tour will begin in the United States and work its way to Canada in 2022.

On Tuesday, July 6, Wizkid shared his ‘Made in Lagos’ tour dates for the United States and Canada on Instagram to the excitement of his fans. He wrote:

The Canadian leg of the ‘Made in Lagos’ tour kicks off on January 21, 2022, in Toronto, and rounds up the next day in Montreal. The singer promised to announce the United Kingdom and European dates.

‘Made in Lagos’ is Wizkid’s fourth studio album, and it was officially released on October 30, 2021, by Starboy Entertainment and RCA Records. The album is made up of fourteen tracks with guest appearances from Burna Boy, Skepta, Damian JR Gong Marley, HER, Ella Mai, Tems, Tay Iwar, Projexx, and Terri. It includes the hit singles like ‘Ginger’, ‘Essence’, ‘No Stress’, and ‘Blessed’. 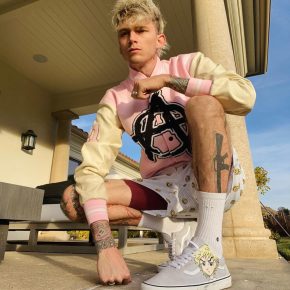