James Harden‘s debut game with the 76ers went just as Daryl Morey hoped it would when he made the blockbuster trade sending Ben Simmons and others to Brooklyn. On Friday, Harden nearly went for a triple-double against the Timberwolves, scoring 27 points alongside 12 assists and 8 rebounds. Joel Embiid finished with 34 points and 10 rebounds, saying after the game, “that was probably the most wide-open I’ve been in my career.”

Game 2 for the duo came today against the Knicks, where James Harden would get his first triple-double as a 76ers, and Embiid again finished north of 30 points, scoring 37. It took a single word for Joel Embiid to describe how he felt about the way the two superstars fit together in the Philadelphia 76ers‘ offense, “Unstoppable”.

James Harden finished the Knicks game with 29 points, 10 rebounds, and an impressive 16 assists. Joel Embiid finished with 37 points and 9 rebounds while shooting 23 out of 27 from the free-throw line. 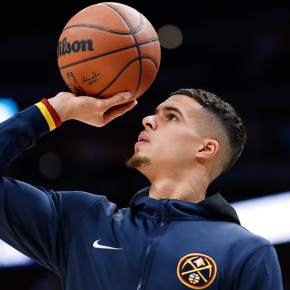