Read feature
Afrobeats superstar Tekno shares video for latest club banger ‘Mufasa’: Watch - GRUNGECAKE
Tekno, a renowned Afrobeats singer and producer, has shared his latest single dubbed ‘Mufasa’. The Nigerian superstar has come off a short hiatus that commenced shortly after his instalment on the ‘Coming 2 America’ soundtrack—Rhythms of Zamunda. The single is coupled with an eye-catching music video directed by Moonman. Despite being shot in the middle of a desert, the visuals portray Tekno as a powerful individual enjoying the luxuries of life. A classic black limousine with a red carpet spread forth. Surrounded by a bevvy of mysterious but attractive women, the superstar performs in the audience of a psychic. Then, disaster breaks as a massive sand storm tears the camp apart. As if that’s not enough, it begins to rain meteorites. Tekno manages to escape the chaos just in time, taking with him his love interest.

The uptempo rhythm and the gliding repetitive bass line ‘Mufasa’ is undeniably danceable. Watch the single ‘Mufasa’, courtesy of Tekno. 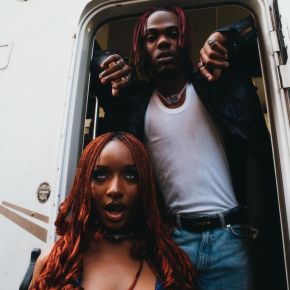