Stationhead, the global live-hosted social audio platform where today’s culture happens, announced the launch of its new product ‘Channels’ which will act as a community hub for artists and fans and highlight the top performing stations on its platform. The initial launch included three ‘Channels’: BTS—Army, Seventeen—CARAT, Nicki Minaj—Barbz. All three artists have already hosted official streaming sessions with BTS hosting over 600,000 fans, making BTS’ channel the largest social audio channel in the world.

Stationhead’s ‘Channels’ amplifies the user experience by driving streams for artists and empowering fans to build community on a global scale. Stations with the most activity, popularity and creativity will be included in the wider thematic channels providing fans with an ongoing listening experience. In addition to the initial launch of ‘Channels’, Stationhead will highlight at least fifteen additional stations who have hit more than 30,000 followers by the end of the year.

We are thrilled to launch Channels, where fandoms can come together and celebrate their favorite artists 24/7, said Founder and CEO of Stationhead, Ryan Star. The future of music and at Stationhead’s core is community streaming, where fans and creators alike can support each other, drive streams and celebrate music.

Since launching out of beta in 2021, Stationhead has continued to deliver the most interactive listening experience to its four million users with 29K stations across 200 countries. Stationhead has democratized the ability for anyone to be a DJ and Channels is another tool for creators to use to stay in touch with loyal fans, host their own streaming parties, release tickets, albums and merchandise.

In addition to keeping creators and fans connected through live chat and direct messaging features, ‘Channels’ provides the capability for in-app tipping. The platform enables creators to generate revenue directly from their music community.

Channels is Stationhead’s latest product innovation developed to meet the growing demand for an ongoing, social audio experience, said Co-Founder and COO of Stationhead, Murray Levison. Unlike traditional radio stations, Stationhead’s Channels are accessible around the world, differentiating itself and in turn creating a global listening community. 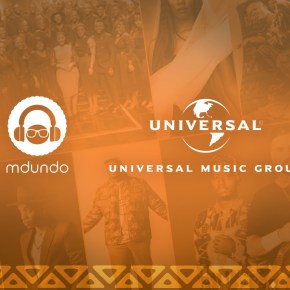