Last week, Sevyn Streeter released a new R&B/Soul album with beautiful harmonies and notable features from Lavish, Chris Brown, A$AP Ferg, BIA, Jeremih, and Lucky Daye. As the Haines City, Florida-native singer has mentioned in the past, she has to have something to write about as a songwriter, and it remains true for this album.

From wanting love to last forever (‘Forever’ with Lavish) to starting her day with alcohol in her cup (‘Liquid Courage’), Sevyn sings about a tumultuous relationship with her partner’s instability, unaffordability, and uncertainties. Seemingly, she allowed life to happen and inspired her songwriter from life’s inevitable, powerful experiences.

Her last major-label release was ‘Girl Disrupted’, which came out in 2017, and it appears she has been independent since. During an interview with Hip-Hop Weekly in January 2017, she mentioned her, then, record label, Atlantic Records, saying, “Everyone is saying Atlantic, no Sevyn is doing what Sevyn is doing.” 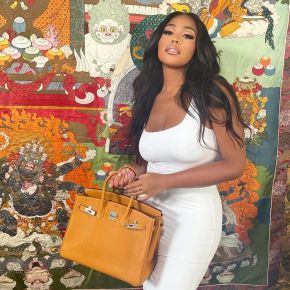