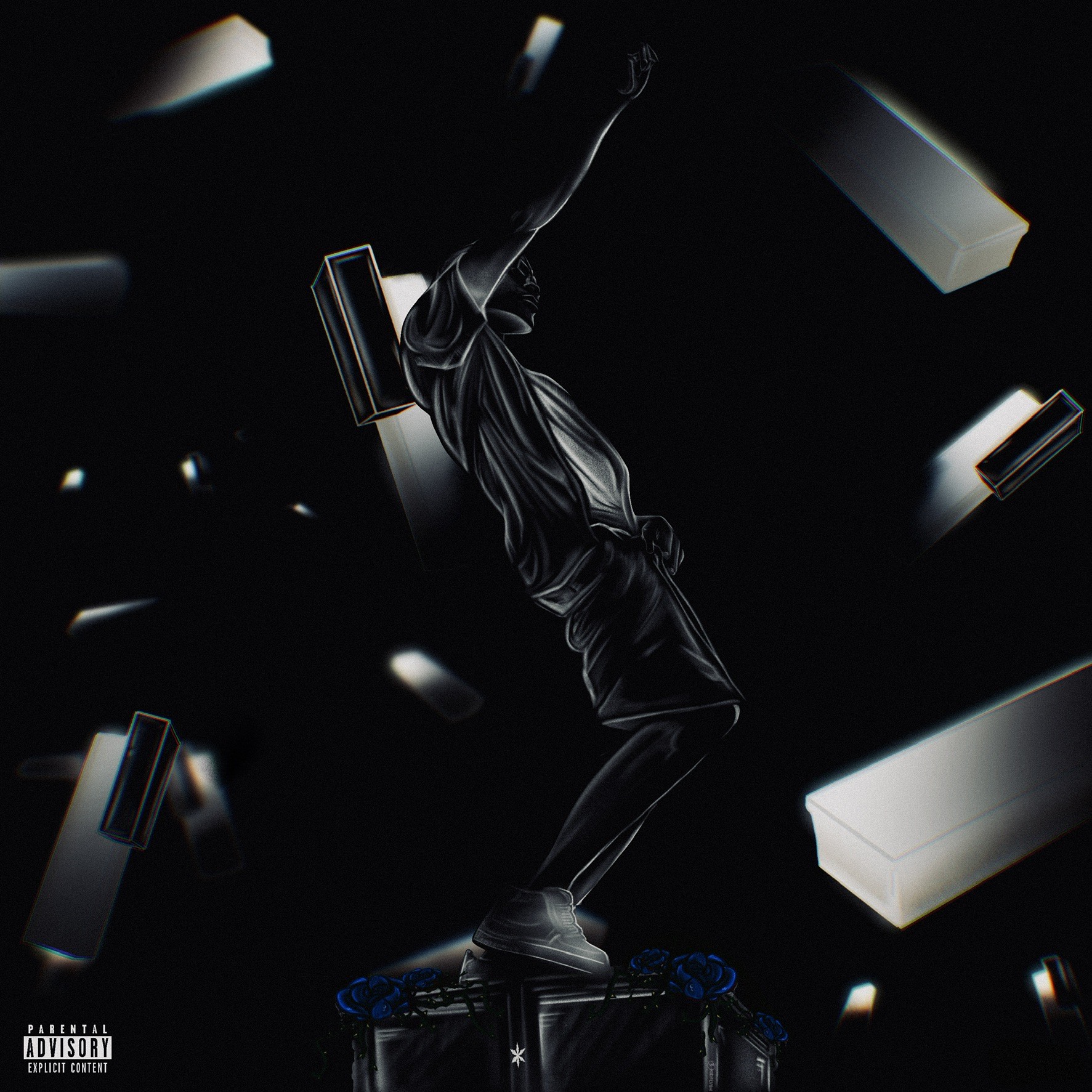 Born in New Jersey, Sean ‘Kid Flvsh’ Williams started drawing at ten years old in fifth grade. He credits a friend named Taysir K, who inspired him to pick up a pencil and practice his craft. Taysir used to bring his sketchbook to school every day. He stuck to it, and now, he is an RIAA Certified ten-times platinum and two-times gold cover artist. Last month, I had the chance to interview Sean ‘Kid Flvsh’ Williams (23) about designing the official cover art for ‘City of Gods‘, the recent political efforts attached to the local Drill scene in New York City, and what’s next. Learn more about the young legend through our latest interview.

GRUNGECAKE: Did Fivio Foreign come to you and ask you to design the cover art a certain way? Or did you have complete creative control?

No, his manager Lu came to me with the project. He gave me full creative control and asked me to make something out of these three emojis “❄️🐻🎹”. The first version was good but we decided to make another version and that one became the official version.

GRUNGECAKE: Recently, the Mayor of New York City had some things to say about Drill music after his son told him about it. Then, he called a meeting with the city’s most prominent Drill artists. How do you feel about what’s going on with the music, its genre, and the connotations surrounding the music?

Personally, I am not really into politics. However, I am a fan of the Drill genre of Hip-Hop and have worked with many of the top Drill artists in the genre. I feel that the music is more about telling a story through attention-grabbing words. I feel people may be getting the wrong impression due to recent media coverage of the subject.

GRUNGECAKE: Are you originally from New York City? If so, which area? And what was it like growing up there? If you are not from the City of New York, how has the city influenced your lifestyle? How did you collaborate on creating cover art for the biggest Drill rappers in the State?

I am originally from New Jersey. The city has influenced my lifestyle heavily. From the way I talk, dress and think I can honestly say NYC raised me. I used to be all over Brooklyn to bond with my family/cousins! I started collaborating with these artists back in November of 2017, when my best friend, Tyon (@whytyon), introduced me to some artists and I did my first ever cover art for a song featuring DJ XO, DJ Wayv and Dave East called ‘Vacation’. It made HYPEBEAST the same day it came out and it was up from there!

GRUNGECAKE: How does it feel to land such amazing clients consecutively? When you found out you will forever be attached to the history of this record with Kanye West and Alicia Keys, which is an anthemic track for New Yorkers, what did you think?

It’s a dope feeling. I used to listen to most of the artists I’ve worked with as a kid/teen and to be able to work with them and know that they love my art is truly surreal and a blessing! The first thing I thought was, “What’s next?” It made me very happy and confident but very curious as to what the future holds.

GRUNGECAKE: What’s on the horizon for Kid Flvsh in 2022? What can we expect before the year is over?

I am currently finishing my animated YouTube series called ‘Da Flies’. It is a special project I’ve been working on and can’t wait to show everyone! I also have two NFT collections I am building and will be dropping soon. Lastly, I strive to work with new artists and make classic cover arts with them, put on for the cover art community and get other dope artists the recognition they deserve! Cover art and the artists behind them matter too!